Why Does Nature Hate The Color Blue? 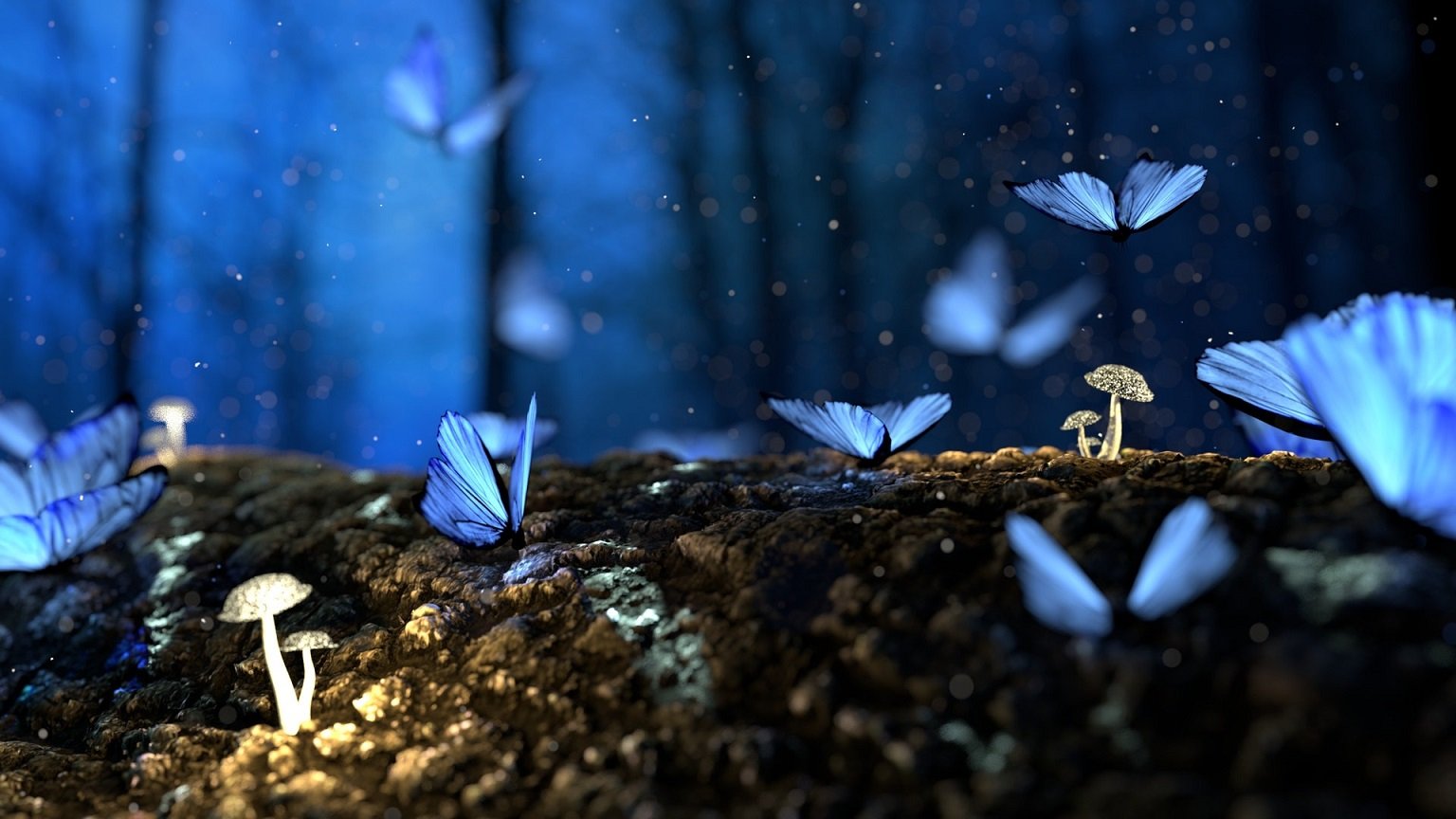 Nature is full of , just look around you. Animals and plants are incredibly vibrant with different hues; the result of millions of years of evolution. And despite being rather common in everyday objects, one specific color eludes our natural world – blue. Blue is a forgotten color in the palette that make up the animals, insects and even plants around us. The rare blue hues that do exist are the result of physical phenomena, not pigmentation.

The Colors of Nature

Of all the wavelengths of light that make up the electromagnetic spectrum, humans can only ‘see’ a small range of it. Yet, this so-called visible spectrum is enough to give us a remarkably vibrant perspective of reality! The machinery in our eyes and brain allows us to witness a continuum of color that makes the world around us just that much more interesting.

Despite the fact that blue is everyone’s favorite color, it is extremely rare to come across it in nature. Think about it, when was the last time you saw a blue dog? A blue squirrel? Most animals prefer a shade of brown or red for their coat or skin. Even when animals utilize coloration to stand out instead of for camouflage, the color blue is rarely seen.

And out of the few animals that have blue skin/feathers/scales, even fewer are ‘true’ blues. In fact, as you’ll see, many of these animals possess intricate surfaces that make them seem blue, but actually contain no blue pigmentation at all!

Arguably the most colorfully diverse group of animals, butterflies possess a huge variety of colors in the most brilliant of hues. This trait is especially apparent in blue morpho butterflies, with wings of iridescent blue. This bright blue is visible at extremely long distances, and can easily be picked up by a low-flying aircraft.

Surely, you ask, their wings must contain some form of blue pigment? The answer is no. Scientists have found that – rather than pigments – tiny structures on their wings are responsible for its color. These microscopic scales reflect up to 75% of blue light reaching them, scattering them at large angles1. What about the other colors, what happens to them?

Remember that photons, being quantum objects, are better described as waves rather than individual particles. The scales on Morpho butterflies’ wings scatter blue light waves in phase, resulting in constructive interference. Other colors of light are reflected out of phase, which results in destructive interference between parallel waves. At the physical level, it ensures only a brilliant blue hue is observed.

And this is just one of many examples of false blues in the natural kingdom. Birds that appear blue, such as bluebirds (duh), make use of tiny pockets of air in their feathers to scatter light. Furthermore, these birds often have feathers that absorb other non-blue wavelengths of light, causing a more pronounced and brilliant blue. Fish have the advantage of scales, which are good surfaces to produce iridescent colors. These reflective ‘tricks’ to produce blue are rather common in the natural world.

But once in a blue moon, we do find a living organism in possession of this lesser-seen pigment. An example of this is the mandarin fish, with large swatches of blue skin. A quick look through a microscope reveals the presence of chromatophores (light-reflecting cells) on its skin containing actual blue pigmentation2! Another example can be found in the blood of horseshoe crabs, used in the pharmaceutical industry for detecting certain bacteria. Horseshoe crab blood contains hemocyanin, which when bound to oxygen turns blue, just as how hemoglobin in human blood appears red.

Why Natural Blue Is So Rare

True blue or not, the color blue is nevertheless a rare natural occurrence. Colors play a huge role in nature; animals and plants use colors to attract mates, to scare off predators, to distinguish between individuals of a species. By making an individual stand out, a rare color should confer an evolutionary advantage. Therefore there must be other factors in play, preventing the proliferation of blue.

One theory is that it is down to chance that blue isn’t in the ‘natural pool’ of colors. After all, most pigmentation in animals comes from their food. Flamingos are born grey and turn pink after consuming their signature diet of brine shrimp. In fact, eating too many carrots and pumpkins (containing beta-carotene, a natural dye) will turn our own skin a shade of orange! Hence the rarity of blue pigmentation could simply be due to pure chance.

Another theory suggests that the lack of blue comes down to the costs of using this particular color. Not the cost in terms of money, but rather the energy cost. Energy is a valuable resource in nature, where maximizing efficiency and effective conservation can be the difference between survival and death.

Chemistry and Physics of Blue

From a chemical point of view, the emission of visible light is a result of fluorescence. Atoms and molecules contain electrons, which can be excited to higher energy levels, fluorescence occurs when these excited electrons come back down to their starting (ground state). Fluorescence is just the excess energy in the form of a photon, or light, of a particular wavelength. The more general term for this process is radiation.

Each color-producing molecule (also known as a dye) requires different energies to excite its electrons. As it turns out, blue/violet light is of higher energy than other colors. This means that for a molecule to fluoresce a nice blue color, it must undergo a higher energy transition! For a compound to emit blue light, it must undergo a higher energy transition to do so. This means that the entire structure of the dye must also be of higher overall energy.

From an evolutionary perspective, having a bunch of high energy structures that can emit blue light isn’t a particularly appealing prospect! These structures will require more energy to maintain and be more reactive than other lower energy, higher wavelength dyes, such as orange or brown. And when animals and plants do choose to present the color blue, evolution would gravitate toward using light-scattering physics instead of pigmentation!

Hey Nick, thank you! As you mentioned, the energy gap between the HOMO and LUMO of a molecule is quantized. Since this is the lowest energy transition, it is the most likely to occur – and hence the most important for us to consider. Molecules tend to reduce this energy by reacting with other molecules, thereby reducing the band gap. Pi systems are the result of a convergence (mixing) of these orbitals, and hence pi electrons are more ‘mobile’ – they only require a little energy to move up and down. You’ll find that experimentally, it is difficult to keep structures from conjugating without tight control of the reaction. Blue is actually quite rare in nature, perhaps due to the relative instability of unconjugated systems. Hope this answers your question!

Hi Sean, great post! Can you expand on the reason that blue pigment molecules require more energy to maintain and are more reactive? The conjugated hydrocarbon cartoon suggests that blue dyes require fewer pi bonds and so could be smaller & simpler. Is there just no stable carbon configuration that has the right energy gap between HUMO and LUMO? Thanks