Traversing The Space Between Galaxies 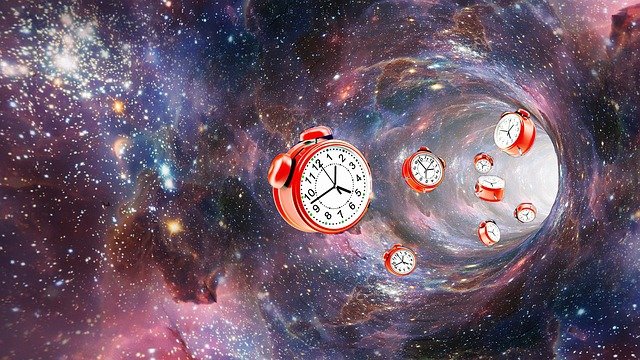 Inevitably humans – or our evolutionary descendants, whatever they choose to name themselves – will have to leave Earth to survive. We would have to settle on a different planet, in a different system, possibly in another galaxy. But the vastness of space means that such a system might be thousands of light-years away. Even if we could travel close to the speed of light, the sheer distances make space travel seem unfeasible, bordering on impossible. But what if nature has ways for us to circumvent space, and even time?

Just How Spacious is Space?

In our galaxy alone, there exists in the region of 300 billion stars, many of which harbor orbiting planets. On the clearest of night skies littered with thousands of stars, the light from 99.999999% of stars in the Milky Way galaxy is still hidden from us. We know that 90% of these stars are like our own sun, graced with planets and moons in orbit1. It is very likely that at least a few of these celestial bodies have the capacity to harbor life. But how are we to know? How do we get there? They are so, so very far away…

The vastness of space can be difficult to comprehend; astronomers use light-years to measure the distance between points over distances this large. A light-year is defined as the distance covered by a photon of light traveling for a year in the vacuum of space, which turns out to be 9.46 trillion kilometers (5.88 trillion miles). That’s only 236 million times around the globe, no biggie.

To put this vast distance into perspective, the distance from the Earth to our Moon is 384 402 km2, which equates to a distance of ~1.28 light-seconds. The distance from Earth to Mars? 54.6 million km, a measly 3 light-minutes away. Our system’s nearest neighbor – the Alpha Centauri system – is 4.37 light-years away, and the distance to the center of our galaxy is a staggering 26 000 light-years. That’s a lot of ground (or space) to cover!

With these distances, it seems impossible that interstellar space travel can be achieved, given the lifetime of a human, and that’s even if we could find a way to travel at the speed of light. But it turns out that traveling at extreme speeds unlocks a world in which common sense and intuition are thrown out the window; welcome to the realm of relativity.

Space Travel And The Speed of Light

For our purposes, it is safe to say that traveling faster than light is impossible; the speed of light is a limit imposed upon us by spacetime and the Universe. Disregarding the physics, a simple thought experiment can show that the possibility of faster-than-light travel is highly unlikely. Since light travels at the speed of well, light, would you reach your destination before your image? Could you influence events before you were even ‘there’ i.e. travel back in time?

That being said, nothing stops us from traveling at 99.99999% the speed of light (if we had access to such technology, of course)! Even then though, this wouldn’t be too much of a help in terms of space travel, as only a tiny number of stars would be accessible within a human lifetime!

Well, we might not be able to go back into the past, but can we instead hit fast-forward to arrive at a future time? The thing is, something very strange happens when we approach the speed of light. Thanks to Einstein and a certain theory of relativity, it was postulated (and has since been experimentally proven) that as we near the speed of light, time slows down.

Atomic clocks were flown in opposite directions, one with the rotation of the Earth (East) and one against (West), with the one flying East (faster, relatively) found to have less time elapsed compared to the one flying West. Taking into account the tiny uncertainties of atomic clocks (~10ns/day), it was shown that the relativistic time differences were completely within Einstein’s calculations3.

Since we are also made out of atoms, it follows that our physical and biological processes would similarly slow down as we speed up. This doesn’t mean that we age slower though – we all experience the passage of time within our own frame of reference! This means that no matter where you are, or how fast you’re traveling, time will always pass at the same rate.

What time dilation means is that time passes at different rates relative to another person in another frame of reference. Therefore someone who experiences acceleration will age slower than someone at rest, relative to the traveler. Calculations show that if we travel at 99% the speed of light, we will age around 7.3 times slower relative to someone at rest. At 99.999% the speed of light, the difference becomes over 200 times (You can calculate this yourself here)! If you take a trip to Alpha Centauri and back at this speed, the journey would take you about 9 years. But upon your arrival, you will find yourself on an Earth that is almost 2000 years into the future.

Wormholes and The Fourth Dimension

Although purely conjecture at the point of writing, another possibility that cannot be ruled out is ‘wormholes’, bridges connecting separate points in spacetime. Without going into the math involved, wormholes are particularly interesting to us because advanced civilizations may have the capacity to build them4. We know that our three-dimensional spacetime is more or less flat, requiring a certain amount of time to traverse a certain distance. But wormholes disrupt that by introducing the fourth dimension, providing an interstellar ‘shortcut’.

Since wormholes bridge two points in spacetime, they aren’t just a portal through space, but also time. If we somehow manage to traverse a wormhole, we might just find ourselves somewhere else in space – somewhen else in time. Think about how an observer in three-dimensional space would depict a wormhole traveler; if the distances joined are large enough, the traveler would have been observed to travel faster than the speed of light, making ‘time travel’ possible!

But what about the speed limit of the Universe that we mentioned earlier!? There have been theories that wormholes may be portals to other universes, with completely separate spacetimes. Just as in black holes, all matter that enters a wormhole would leave for another ‘closed universe’, with backward travel from the other side a possibility6!

Whether or not these conjectures will ever be explored, we will probably never know in our lifetime. This is a journey which started 13.8 billion years ago, and it is a testament to human endeavor how much we have learned in the relatively short amount of time that we have been a part of it.

Exploration is in our nature. We began as wanderers, and we are wanderers still. We have lingered long enough on the shores of the cosmic ocean. We are ready at last to set sail for the stars.