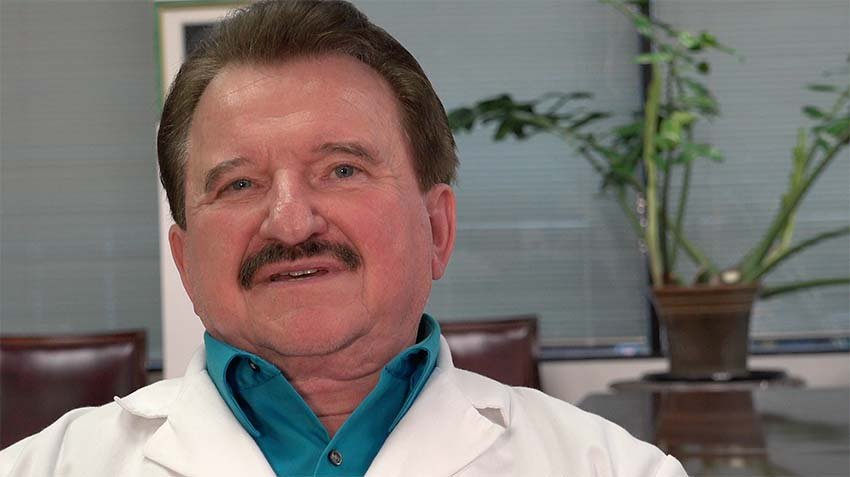 9.6 million – this is the number of yearly deaths caused by one of the most deadly diseases we know today, cancer. However, many forms of cancer exist which have no known conventional cure. This leaves the door open for those who care only for personal financial gain. By exploiting the desperation and hope of patients, they offer alternative ‘therapies’ that range from meditation to expensive and potentially dangerous unregulated drugs. Just one of many who claim to have found an effective ‘cure’ for cancer is Dr. Stanislaw Burzynski, who spent decades selling his false medicine to hundreds of victims.

Stanislaw Burzynski was born in Poland in 1943. He earned his Ph.D. in biochemistry and his MD at the Medical Academy in Lublin and obtained a medical license for the state of Texas in the United States. In 1977, he opened the Burzynski Research Institute in the United States and became famous due to his claims of obtaining a universal cure to cancer. It is worth noting, however, that he never fulfilled the prerequisites of becoming a practicing oncologist.

During his time as a Ph.D. student, Burzynski came across some small molecules, which he called Antineoplastons3. Antineoplastons (ANPs) are small peptides and amino acid derivatives that occur naturally in the body and, according to Burzynski, form part of our defense system against neoplastic (abnormal or excessive) cell growth. ANPs inhibit DNA synthesis of abnormal cells (i.e. cancer cells) by turning on tumor suppressor genes and turning off cell growth genes13. Burzynski backed his claims by isolating, purifying and testing these molecules, claiming to have successfully proven their efficacy in vitro (outside a living organism)4.

According to Burzynski’s findings, the isolated Antineoplastones showed very low toxicity and promising anticancer effects in animal studies. After identifying the active component of Antineoplaston – which he named Antineoplaston 10 (A10) – Burzynski was able to synthesize the molecule. This removed the need to extract ANPs from urine or blood, enabling it to be produced in sufficient therapeutic quantities.

What makes ANPs so different compared to other naturopathic remedies like alkaline water is the fact that it was subject to clinical ‘tests’, with Burzynski publishing many papers about their safety and efficacy. A10 was even tested on animals, apparently showing promising results. These successful studies led to the drugs entering clinical trials, being administered to actual patients who suffered from different types of cancers. A10 lead to positive responses in 75% of the 49 treated patients, with only minor side effects, according to the findings5,6.

The research papers published by Stanislaw Burzynski himself or his partners were subject to intense scrutiny, with many doubting the trustworthiness of their supposed clinical trials. Several government-backed organizations, such as the United States Food and Drug Administration (FDA) and the National Cancer Institute (NCI) have voiced their concerns about the safety and efficacy of Antineoplastons. Both a 2000 and a 2013 FDA inspection, unveiled several violations, including patients not meeting criteria for enrolment, the lack of reporting adverse effects, inflated success rates and missing MRI results. They also questioned the peer-review process, as journals he published in were obscure ones.

However, these were not the only things that put Burzynski in a bad light. As Antineoplastons are chemicals that are insoluble in water, they have to be dissolved as a sodium salt, which can then be administered intravenously (direct injection into the bloodstream). The high doses of sodium salts led to dangerous sodium levels in patients. Patients showed sodium levels up to 202 mEq/L (milliequivalents per liter), indicative of severe cases of hypernatremia – the normal sodium range is between 135-145 mEq/L. Hypernatremia presents itself with mild symptoms such as fatigue and lethargy, but in the long term can severely affect the central nervous system, causing it to dysfunction. When a threshold of 145 mEq/L was exceeded, treatment with ANPs should have been discontinued until it normalized, according to regulations. Despite this, ANP treatment was sustained in several cases, putting patient’s lives at risk – hypernatremia having a mortality rate of 15-20 %7,8,9.

Alongside these clinical violations, the National Cancer Institute (NCI) also discredits the efficiency of the drug, citing third-party sources that report no tumor regression, as well as adverse effects that resolved after discontinuation of the treatment10,11. Many other scientists and physicians have raised their concerns about the treatment with Antineoplastons by now, calling it a scam with Burzynski benefiting financially; ‘treatments’ tended to cost up to hundreds of thousands of dollars per case.

The Perspective of Burzynski’s Supporters

The problem that we face, however, is that a huge financial house has been built on the paradigm of purging the body of cancer cells. Burzynski’s discovery means that the foundation, the walls … and the roof of that house, need to be replaced. […] You’ve got all this stuff in the war on cancer. And it’s trillions of dollars.

Despite the clinical trial violations, Stanislaw Burzynski maintains a large number of staunch followers. Part of the reason is due to Burzynski’s own published ‘scientific’ data, which stands in complete contrast to the NCI’s findings. According to his toxicology studies on A10, the treatment is ‘free of significant side effects’6. Several of his published studies even went so far as so state that many of his patients achieved a partial or complete recovery from their cancers following Antineoplaston treatment, as well as many cases of long-term survival (over 5 years)12,13,14. These success stories earned Burzynski his dedicated following, with some even testifying for him when he was on trial for fraud as early as the 1990s.

One of the most well-known cases was that of 6-year-old Crystin Shiff, who suffered from a highly malignant brain tumor. Her father, a police veteran, told her story in court. Crystin was apparently on the road to recovery thanks to Antineoplaston therapy, sadly passing away due to the damage that was caused by prior chemotherapy and radiotherapy. Burzynski highlights several such cases through which he shows that his novel treatment is safer and more effective compared to conventional therapies, even in the most aggressive cancers.

As to why his drug is not government-approved and distributed in order to save the lives of millions, Burzynski accuses the FDA and government organizations of actively trying to sabotage him. Teaming up with pharmaceutical companies, the government allegedly wants to maintain a monopoly over medicine, especially cancer medicine. Their investments in drug discovery and development would be threatened by Burzynski’s discoveries15. It is worth noting, however, that Burzynski never actually filed a request for FDA approval of antineoplastons. Instead, he operated in a grey area, such that ANP therapy was not actually a ‘drug’ and hence not subject to the FDA’s strict regulations16.

Is ANP ‘Treatment’ Still Sought After?

Why was Stanislaw Burzynski so successful in selling his false cancer cures? If ANPs actually cured cancer, surely the world would have stood up and taken notice? For decades, ANP therapy survived lawsuits and the fact that the results of his studies could never be replicated by the medical and scientific community. In fact, it was the survivors – Burzynski’s self-proclaimed ‘living proof’ of the effectiveness of ANP – who influenced people around the world to come to him for treatments.

The media is widely to blame for the propagation of this ‘medical miracle’. They were quick to interview survivors and supporters of Burzynski, with the doctor himself being invited to speak on various news programs and television shows. Even more enticing for news outlets was the prospect of painting him as a brave maverick doctor, with his constant accusations toward pharmaceutical companies and governments for hiding his discoveries.

However, this all changed following a devastating blow to Burzynski’s credibility in 2013. A 6-year-old patient, Josia Cotto, was undergoing ANP treatment for an inoperable brain tumor when he became unresponsive, passing away not long after. The cause of his death was likely hypernatremia – exceedingly high levels of sodium in his blood introduced by ANP administration. His blood sodium level was 205 mEq/L at the time of death, far higher than normal. Despite this, the family had paid the full $25,000 upfront for Josia’s 10-month-long ‘treatment’16.

But Josia’s death is just a single case of Burzynski’s victims. The website ‘The OTHER Burzynski Patient Group‘ tells the stories of countless patients whose treatment ended in disaster, just like Josia’s. Following this case, the FDA launched a thorough investigation into the safety and efficacy of the ‘treatments’ that were being conducted in the Burzynski clinic, uncovering the serious medical violations. In the 2013 FDA report, it is stated that 108 of such overdoses (across 48 patients) occurred during the trial, putting the patients’ safety into question7.

Despite all the evidence, to this day there still exists debate over the effectiveness of Burzynski’s Antineoplastons as a cure to cancer. Terminally ill patients who feel let-down by conventional therapies still turn to alternative medicines like aromatherapy and ANPs. Practitioners of such forms of therapy are able to succeed by exploiting the desperation of patients in need of a miracle. In this regard, Burzynski’s scam was perhaps not the sale of false cures to those most vulnerable, but rather of false hope.