Which Artificial Sweetener is the Safest? 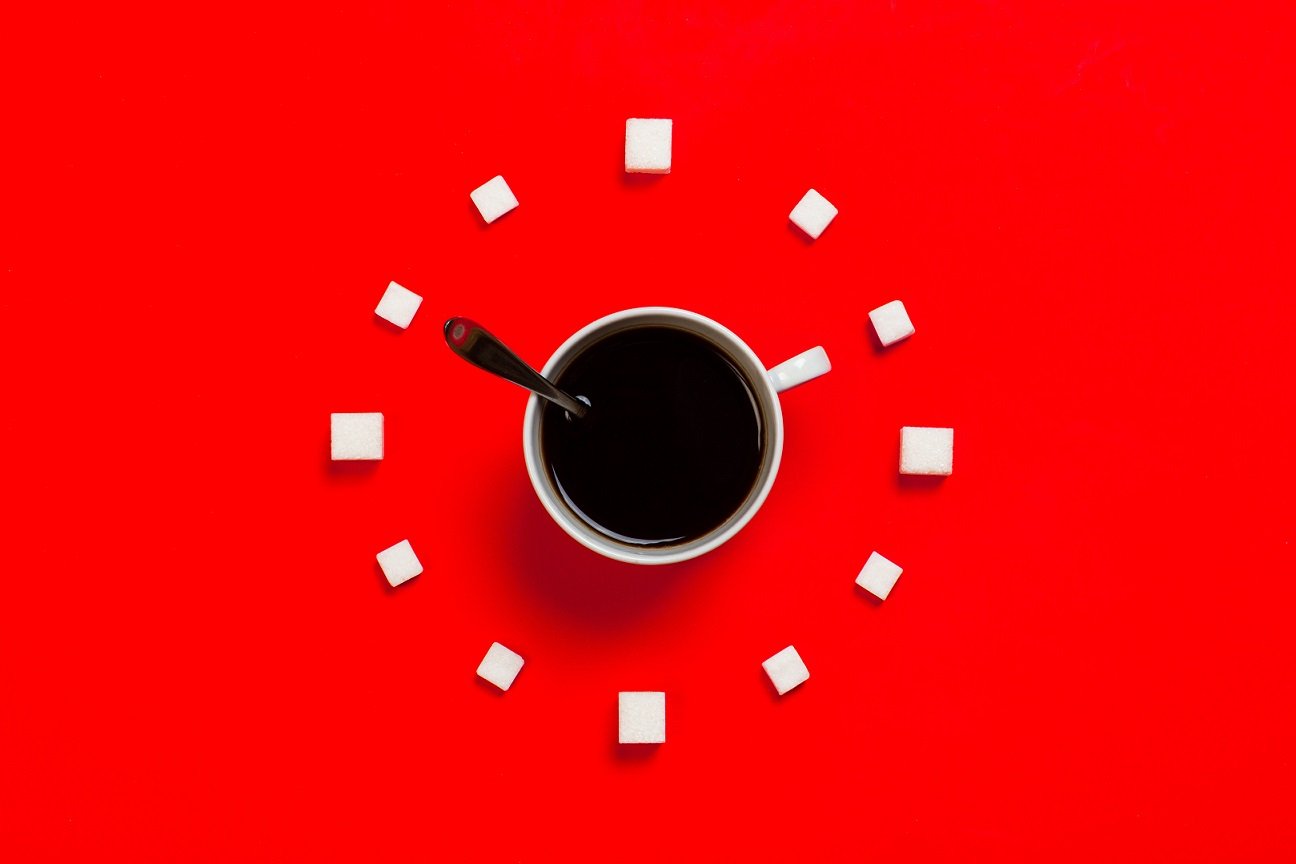 Since their introduction as sugar substitutes in various food and drinks, artificial sweeteners like acesulfame K have been accepted as the ‘healthier’ option. Many sugar-free options exist today, helping us lead healthier lives. However, many don’t believe that they really are calorie-free – surely, something that can satisfy our sweet tooth must cause weight gain? Others question their safety, suggesting that ingesting chemicals such as aspartame and sucralose can cause cancer, amongst other have negative health effects. We look at what science has to say about the safety of artificial sweeteners.

Since the 1970s, rates of obesity have been rising all around the world. Naturally, people blamed the consumption of fat for well, everybody getting fat. Health agencies declared that fat was the obvious culprit, so people began to reduce their intake of fatty foods. However, obesity rates didn’t drop but instead continued to increase rapidly1. It took many years and studies to show that eating fatty foods didn’t make you fat, but rather, easing excess calories did. The amount of energy in food is measured in the number of calories, which is the amount of heat energy required to raise 1 gram of water by 1 degree Celsius.

Fat is simply the long-term storage of energy, for when and if we need it later on. If we don’t use the calories we consume, our body happily stores it as fat. Unfortunately, the lifestyle that many of us lead today involves consuming more calories than we actually burn. This means that a steady intake of excess calories equates to more and more fat, leading to weight gain and obesity.

One major source of calories was found to be table sugar (sucrose), copiously added by food companies to cheaply improve the taste of their products. Because sugar has such a high energy content, it was soon deduced that our excessive sugar intake in various forms was responsible for rising obesity rates. Humans tend to crave sugar, however, a result of our diet in evolutionary history – also the reason why some of us tend to enjoy spicy food! To satisfy both our desire to lead healthy lifestyles and our sweet tooths (teeth?), we have turned to artificial sweeteners as sugar substitutes.

Following the discovery of the first artificial sweetener, saccharin, in 1879, the United States Food and Drug Administration (FDA) has, at the time of writing, approved a further five as food additives. They are commonly added to sugar-free candy, cereal bars, and soft drinks (why not chocolate though?). Today, the most popular sugar substitutes you’ll find in in your shopping trolley are sucralose, aspartame and acesulfame potassium.

Due to the sweetness of artificial sweeteners (several magnitudes higher than sucrose – table sugar), only a small amount is added to food and beverages. Thus, the number of calories consumed from artificial sweeteners is almost negligible. Furthermore, sweeteners like sucralose and acesulfame potassium can be considered noncaloric as they aren’t broken down and digested by the body.

Sucralose was accidentally discovered at British food supplier Tate & Lyle in 1976 when one of their researchers misheard ‘test’ for ‘taste’ (yeah, it happened)2. They had been synthesizing derivatives of sucrose (common sugar), hoping that by inserting chlorine into its chemical structure, they could prevent it from being digested in the body – a common strategy in drug modification. It turned out that the triply substituted chlorine derivative was hundreds of times sweeter than sucrose, in addition to being almost noncaloric – most of the compound just passed through the body without being digested.

Over the next few years, more than 100 scientific studies involving sucralose were conducted in animal and human trials. All of them failed to show any carcinogenic, reproductive or neurological effects, highlighting the safety of the artificial sweetener. By the 1990s, sucralose was approved in various countries for use as a food additive and sugar substitute.

Yet another accidental discovery, aspartame was discovered at the pharmaceutical company G. D. Searle in 1965. A scientist working on a potential gastrointestinal secretion inhibitor spilled some crystalline compound on his hands, forgot about it, and promptly licked his fingers to help pick up some paper. Surprised by how incredibly sweet the compound was, the scientist licked it again to confirm his discovery3. The company promptly worked to develop this amino acid-derived compound as an artificial sweetener. While many discoveries are the result of rigorous and meticulous planning, sometimes really are just luck.

Aspartame, like sucralose, is hundreds of times sweeter than table sugar. It binds to G-protein coupled receptors on our tongue and palate that are responsible for sending the taste of ‘sweetness’ to our brains. However, unlike sucrose, its structure doesn’t resemble sucrose, as it is the product of two amino acids – aspartic acid and phenylalanine. Aspartame in our body breaks down into these two products, both common components of proteins in our diet.

Since it breaks down into stuff we would normally eat anyway, aspartame had to be safe, right? Instead of leaving it to chance to find out, aspartame has been subject to studies conducted by over 100 health regulatory agencies, all of which found the chemical to be safe for consumption. Additionally, multiple studies show that consuming food and drinks sweetened with aspartame instead of sucrose led to a significant reduction in both energy intakes and weight of individuals4. In 1996, the FDA removed all restrictions surrounding the use of aspartame as a food additive. However, individuals with phenylketonuria – a rare genetic disease – cannot metabolize phenylalanine and hence must avoid aspartame, as well as other foods high in proteins containing phenylalanine.

Contrary to what these discoveries might suggest, chemists really aren’t that careless… Unfortunately, the story of how acesulfame potassium (aka acesulfame K or simply Ace K) was discovered really doesn’t help our cause. In yet another case of finger-licking-to-pick-up-a-piece-of-paper, a scientist working at German chemicals company Hoechst AG in 1967 discovered an intensely sweet compound5. This led to a range of compounds with a similar ring structure being synthesized, with the most promising of these being Ace K.

Ace K is a true noncaloric sweetener, as it is completely unreactive in the body. The fact that it passes out the other side intact highlights its safety; your body doesn’t even have to deal with it. On the shelf, it is stable over the course of several years. It can also be used in cooking since its chemical structure withstands high temperatures!

The FDA approved its use as a sugar substitute in 1992, and in beverages in 1998. To prove to the public just how safe acesulfame potassium was, a review conducted in 2006 showed that no human health problems associated with its consumption6. Ace K as an artificial sweetener has no safety issues reported in the scientific literature, despite more than 15 years of extensive use across many countries.

Many sugar-free soft drinks contain a mixture of Ace K and aspartame as it provides a taste that is closest to table sugar. Today, artificial sweeteners are also prevalent in desserts, yogurts, jams and syrups, and even baked goods! One would think that given just how widely-used they are, health and regulatory agencies like the FDA would have ensured the safety of all of them, right?

Which Sugar Substitute is the Safest?

The short answer? They’re all extremely safe. Since the introduction of artificial sweeteners as substitutes for sugar, many studies have attempted to link their consumption with an increased risk of cancer and other diseases. ‘Reliable’ medical journals have published several; this in the face of hundreds of pre-clinical and clinical trials with evidence that any increased risk of disease was negligible. Inevitably, they were found to have published inconclusive results borne out of poor research practices and shoddy statistics7.

For example, a 1996 study concluded that the rise in brain tumor rates over the past 15 years coincided with the approval of aspartame8. The study also fed 320 rats an aspartame diet for 2 years, after which 12 of the rats were found to have developed brain tumors. While the media and the general public had a field day over the study – titled ‘Increasing brain tumor rates: is there a link to aspartame?’ – the scientific community was unimpressed. It turns out that the authors of the study had confused correlation with causation; multiple other factors could have shown the same trend. In addition, later trials involving aspartame-fed rats could not replicate the results of the study.

In another example, a 2008 study supported by the Sugar Association (who else?) – a trade group in the sugar industry – found that sucralose administered to lab rats affected their intestinal pH and increased the production of cytochrome p450 enzymes involved in metabolism9. However, a year later, an expert panel found that the study was deficient in several critical areas and its results could not be considered evidence that sucralose produced adverse effects in the rats10.

It isn’t simply funding from the sugar industry that has helped to propagate the idea that sugar substitutes are unhealthy. News outlets are quick to publish sensational and controversial pieces; after all, ‘Acesulfame Potassium Causes Brain Tumors’ makes for a better headline than ‘Even More Evidence That Artificial Sweeteners Are Safe’. Despite the overwhelming scientific evidence backing the safety of artificial sweeteners today, it is rather absurd that such factors are still able to undermine the public’s perception of them.