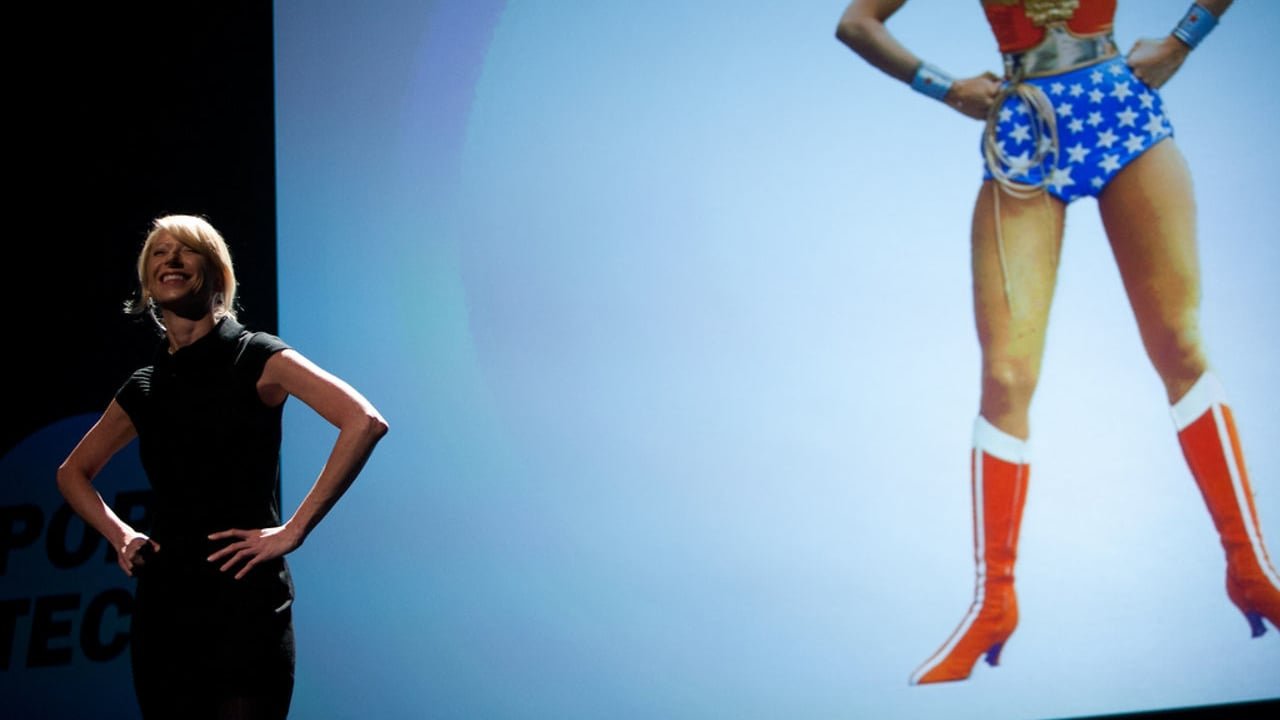 You might have stumbled upon one of her TED talks in recent years, you know, the ones in which psychologist Amy Cuddy talks ‘power posing’. Admittedly, the argument that she weaves is rather convincing, and her helpful advice for dealing with stress is most compelling. But how much of this claim is actually evidence-based research, and which part is abusing authority to stretch the scientific truth?

‘Power posing’ first appeared in a journal paper published in 2010 by Amy Cuddy, then a psychology lecturer at Harvard Business School. Made famous in THAT TED talk Amy Cuddy two years following that, power posing suggests that ‘your body language shapes who you are’. With over 50 million views as of 2019, the notion that a simple pose can boost your confidence levels continues to rope in new believers.

In essence, Cuddy says that we can become more powerful and confident by adopting a ‘high-power’ pose, regardless of our actual confidence levels. She claims that these poses affect our endocrine system – that is, it changes the chemical makeup of the hormones in our body. By increasing testosterone and increasing cortisol levels, we feel a sense of dominance and leadership.

It sounds enticing, doesn’t it? Even the best of us feel a little anxiety and self-doubt on certain occasions; it’s only natural that we crave that sense of calm before a big presentation or interview. And all we need to do is to pose in front of a mirror for two minutes beforehand? Sign me up! The amount of positive coverage and reviews she received for the claims and supporting research was immense. Even the New York Times and CNN ate it up.

For the study, participants were made to adopt either a ‘high power’ or ‘low power’ pose, as shown. Their ‘risk-taking’ inclinations, as well as their testosterone and cortisol levels, were then assessed.

Not long after these bold claims, however, criticism emerged over the credibility and accuracy of both the results, as well as their interpretation. People who used statistics on a regular basis quickly noted key flaws within the study. The tiny sample size, small effects magnified, possible p-hacking, confounds within the study, the list went on.

A key study that deserves to be highlighted aimed to replicate Cuddy’s study using a sample population five times larger than the original group. A team led by Eva Ranehill reported that they found no scientific evidence to support ‘power posing’, saying it had no effect on hormones and risk tolerance whatsoever. Their paper was published in 20152 – by the same journal that first published the original paper.

After these findings were released, a co-author of Cuddy’s original paper – Dana Carney – released a statement highlighting the severe deficiencies in the paper. Most notably, Carney ‘did not believe that ‘power pose’ effects were real’, while ‘the evidence against the existence of power poses is undeniable’, citing further negative studies.

Cornered, Cuddy did finally issue a response to these findings. She begins by defending her position, that expansive postures causes people to ‘feel’ more powerful, citing other similar studies. She goes on to further state that this feeling is actually the ‘power posing effect’, while other outcomes such as actual body chemistry and physiology were secondary to the key effect.

Bizzare, but she wasn’t quite done yet. When faced with the prospect of defending the lack of statistical evidence in support of the ‘power posing effect’ however, Cuddy comes up with this:

“While I am confident about the key power posing effect on feelings of power and the overall evidential value of the literature, I am agnostic about the effects of expansive posture on hormones. The jury is still out.”

That is to say, the efficacy of such a pose can only be measured – at this time – based on ‘feelings of power’ and not their ability to change hormonal levels. Notice how she uses ‘agnostic’ instead of skeptical and ‘expansive posture’ instead of ‘power posing’ to draw negative attention away from the term.

Hang on a minute, feelings of power? Power posing was starting to sound more and more like blind faith. Whatever happened to scientific evidence? Cuddy had unwittingly strayed into the land of pseudoscience, abandoning her very principles as a scientist.

Though the unsuccessful replication studies did receive some media attention, it didn’t come near the coverage garnered by Cuddy’s talk and paper. But the damage had been done, millions had already taken Cuddy’s advice to heart. This is evident now, as power posing is still the subject of many discussions and advice.

Just the other day I was on Instagram and saw a post by a medical student encouraging ‘power posing’, possibly the biggest piece of pseudoscience since the Fleischmann-Pons cold fusion study. And yet here was a soon-to-be doctor, using a position of relative authority (albeit naively, and with good intentions) to spread the claim with little backing of scientific evidence. The thing is – armed with some skepticism and reason – we can prevent spreading false claims of this sort.

The big take away here is that extraordinary claims require extraordinary evidence; if something sounds too good to be true, it probably is. And when someone in authority makes a certain claim, we shouldn’t have to take their word for it. Challenging claims and demanding for evidence will help to prevent future waves of pseudoscience madness.

Scientific skepticism doesn’t just apply to scientists – we all need a healthy dose of it in our lives. And for those who think the pseudoscience label to be a little harsh, here is a definition:

Pseudoscience includes beliefs, theories, or practices that have been or are considered scientific but have no basis in scientific fact. This could mean they were disproved scientifically, can’t be tested or lack evidence to support them.

And as of right now, ‘power posing’ is exactly that.