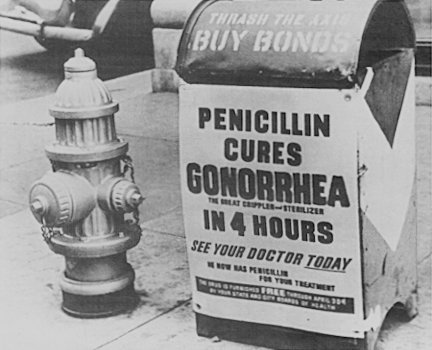 Friday 28 September 1928. Scottish scientist Alexander Fleming would walk into his Imperial College laboratory on the morning of this day to find a petri dish containing staphylococcus bacteria to be contaminated by mold. The mold seemed to inhibit the growth of bacteria, leading Fleming to conclude that it had produced a substance harbouring anti-bacterial properties. The events that would conspire in the following years would arguably be the biggest success story the world has ever witnessed.

This post is about the discovery and subsequent mass production efforts that accelerated the delivery of penicillin to the millions who needed it most. For the synthesis and mechanism of action, check out the Wiki on beta-lactam antibiotics.

Although many had already observed the antibacterial properties of mold since ancient times, Alexander Fleming is credited for its discovery as he was the first to isolate and grow a pure culture of the mold, which he found to be Penicillium – and he named the filtered broth penicillin. He was, however, unable extract the antibacterial compound found in the filtrate, which was finally done so by the Australian Howard Florey and his team at Oxford in 1939.

Florey, with German-born Jew Ernst Boris Chain and Englishman Edward Abraham – both members of his research team – went on to discover penicillin’s therapeutic action and its chemical composition. Chain and Florey isolated and concentrated the bactericidal agent in penicillin, while Abraham was involved in theorizing the beta-lactam structure of penicillin in 1942. The chemical structure of penicillin was ultimately confirmed using X-ray crystallography by Dorothy Hodgkin in 1945. 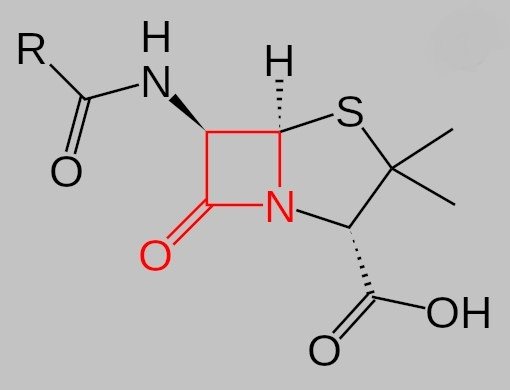 Chemical structure of penicillin, with the beta-lactam ring highlighted in red. The variable R group is shown.

If there is a single catalyst that the mass production of penicillin can be attributed to, it has to be Norman Heatley – another prominent member of Florey’s team. Realizing the importance of quickly producing the drug but hampered by wartime efforts – which by 1940 was in full swing – the team went about sourcing for ways to culture the bacteria.

After growing cultures of penicillin in various types of glassware, Heatley found the best yields from ceramic vessels sourced from Radcliffe Infirmary. Needing more, he contacted an earthenware company – James MacIntyre and Co. – at Stoke-on-Trent, a town in the English Midlands known for their fine tableware.

Soon, the lab became home to the so-called ‘penicillin bedpans’, lining every corner. Hundreds stacked on each other turned Florey’s laboratory at the University of Oxford into a veritable penicillin factory.

By the summer of 1941, there was no doubt about the effectiveness of the antibiotic, but further efforts to improve yields had stalled.  The Rockefeller Foundation based in New York, which had been supporting Florey’s research, urged him to visit the United States to seek help from pharmaceutical companies. Florey and Heatley promptly flew to Portugal and from there boarded a Pan-Am Clipper seaplane to New York. 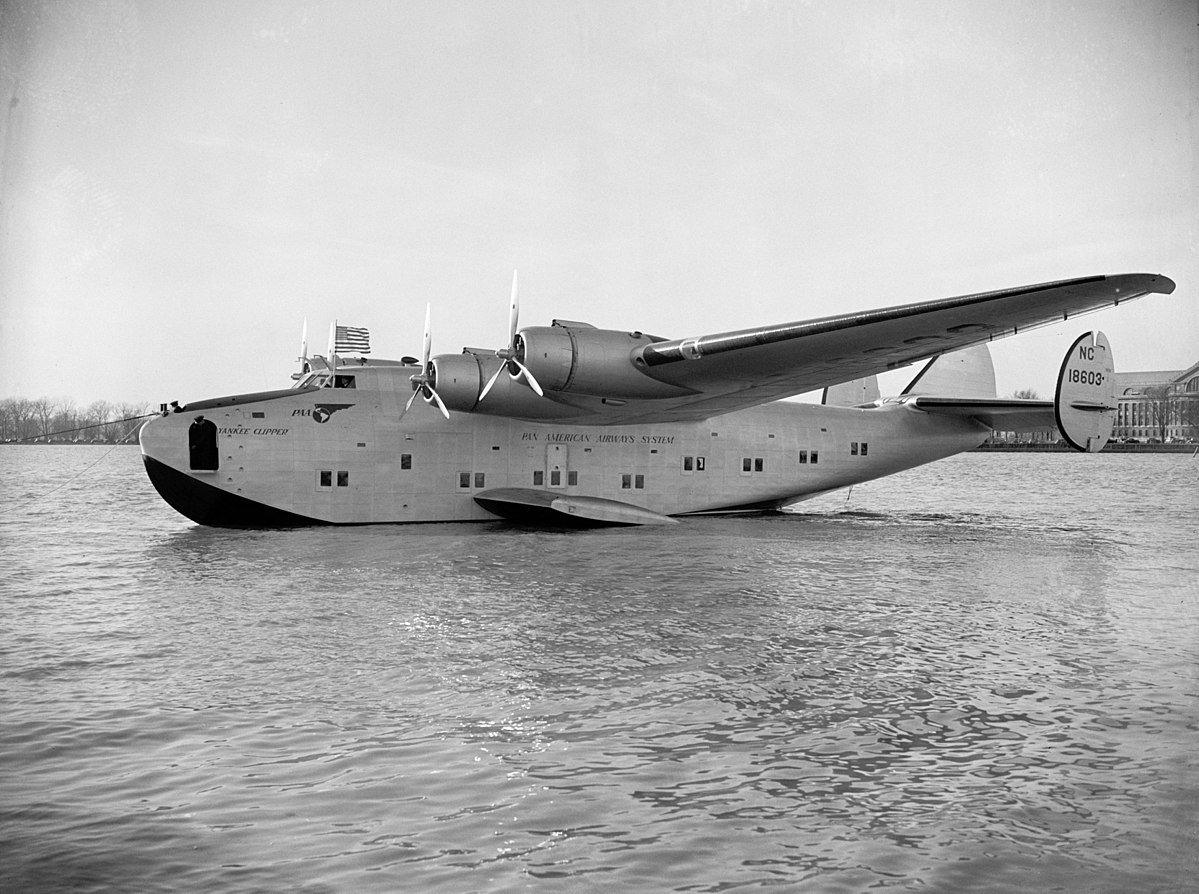 A Pan-Am Clipper; similar to the one that transported Florey and Heatley, with penicillin spores hidden in their clothes.

Florey and Heatley went on to acquire the help of the U.S. Department of Agriculture, along with pharmaceutical giants Pfizer and Merck & Co. that all made noticeable contributions to perfecting penicillin production. Large scale production truly began after a fermentation plant was constructed in Brooklyn, overseen by chemical engineer Margaret Hutchinson Rousseau.

The introduction of penicillin for wider use was not only felt by those at the front – the use of the antibiotic reduced Allied casualties by a substantial amount as it was delivered in time for the invasion of Normandy – its effects would also be felt by the general population. After World War II, Australia was the first country to make the drug available for civilian use. In the U.S., penicillin was made available to the general public on March 15, 1945.

This meant that sulfonamides – the existing antibiotic treatment overused to the point of ineffectiveness – were replaced almost overnight. Penicillin quickly became a ‘miracle drug’, changing the face of medicine forever.

Penicillin is still one of the most frequently prescribed antibiotic today, used to treat a wide range of infections. However, its overuse has reached a point where many strains of bacteria have developed resistance against it. 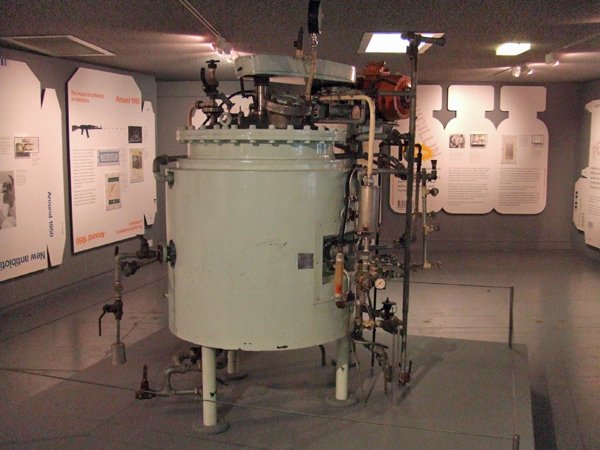