Ozone Chemistry in the Stratosphere 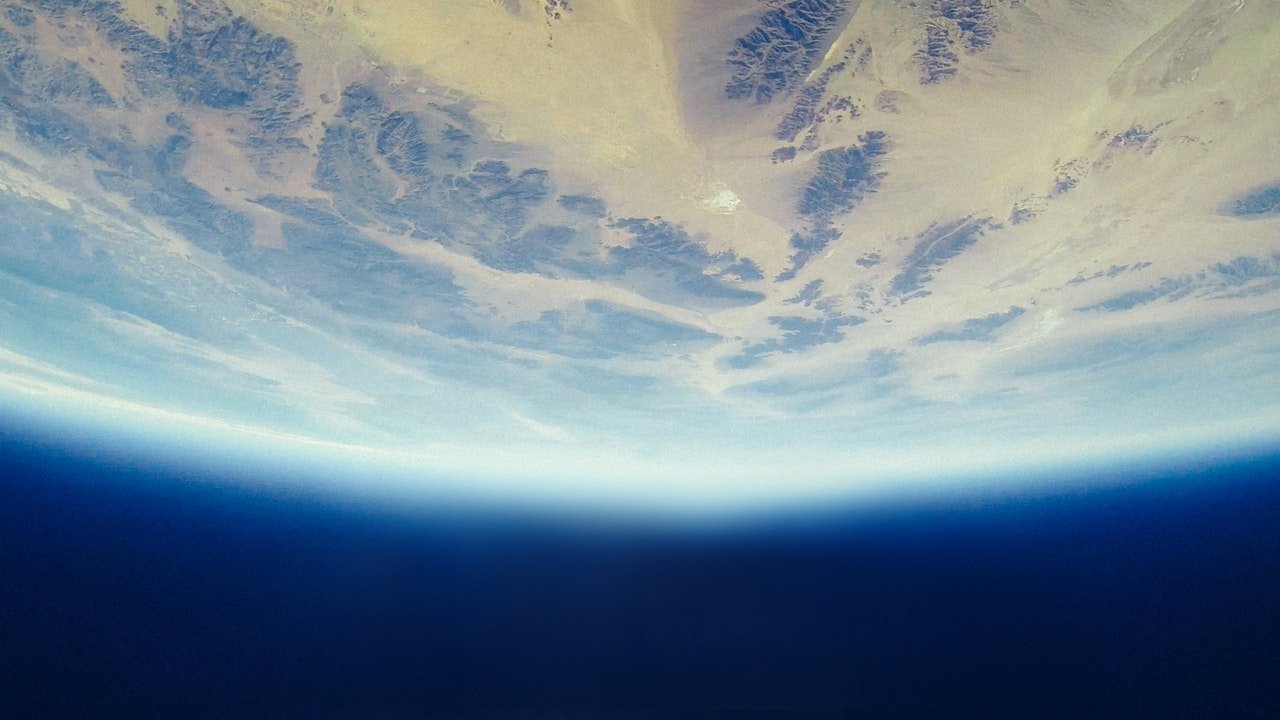 In 1985, British scientists Joe Farman, Jon Shanklin Brian Gardiner reported that a growing ozone hole was present in the stratosphere above the South pole. This discovery directly led to the Montreal protocol, resulting in worldwide bans of ozone-depleting substances. In recent years, however, ozone recovery is still slower than expected, suggesting their illegal manufacture. We take a look at the processes governing ozone chemistry, and the future of this protective layer.

Ozone is a triatomic molecule that resides in the stratosphere (~20km above ground level), at concentrations of around 10 parts per million (ppm)1. The trace amounts of ozone suggest that in reality, the ozone layer isn’t exactly a ‘layer’. Therefore the loss of ozone doesn’t exactly cause a ‘hole’ in this ‘layer’, but the terminology becomes useful when explaining the issue to the general public.

Ozone can absorb UV-B radiation (light with wavelengths of ~300 nm), which is otherwise harmful to humans. DNA in our cells absorb UV-B, causing irreversible damage to the ‘instructions‘ of life. Since normal replication cannot occur, this reaction results in the growth cancers and cataracts. Another consequence of UV radiation reaching the surface of Earth is the loss of overall function in plants. Excess UV-B causes premature aging in plants – known as senescence – that coincides with a drop in photosynthesis levels.

In the 1930s, Sydney Chapman suggested a mechanism that accounted for the natural cycling of ozone in the stratosphere, now known as the Chapman cycle2. At this altitude, the unfiltered light from the sun provides shorter wavelength, higher energy, ultraviolet (UV) light. This energy is high enough to initiate ozone chemistry, by splitting dimolecular oxygen into unimolecular oxygen (a ‘free radical‘):

This unimolecular oxygen radical (O) is unstable, quickly reacting with another molecule of oxygen (O2) to form ozone (O3).

Ozone formed in this way can be split by UV radiation to reform oxygen, completing the cycle.

The unstable oxygen radical can also react with a molecule of ozone, thereby terminating the cycle by forming 2 oxygen molecules. However, due to the higher concentration of O2 compared to O3, it is more likely that ozone formation occurs.

In the 1960s, scientists Molina, Rowland Crutzen noted other ways in which ozone can be destroyed. Halogens (chlorine, iodine, bromine, etc.) in the stratosphere can dissociate into free radicals and react with ozone, producing oxygen3. Worryingly, they are catalytic in nature, which means they regenerate at the end of each reaction.

These halogens are usually found in their ‘inactive’ since they are reactive when unbound. Hence, they prefer binding to other species such as oxygen and nitrogen to form X-ONO2, H-X various oxides. Most of the halogens in the stratosphere are ‘trapped’ in this manner.

Ozone Chemistry in the Antarctic

In the cold, dark winter months, polar vortexes form above the South pole. This mass of cold, isolated air coincides with the of polar stratospheric clouds, consisting of ice particles. These ice particles can collect inactive halogen molecules (such as chlorine) and convert them to their active forms:

It is important to note that ClONO2 and HCl are chlorine ‘sinks’ that are, initially, fairly stable. While HOCl and Cl2 are less stable, they too do not react under these conditions. When spring and sunshine come along however, the UV radiation provides the energy to split them:

Thus, huge quantities of chlorine radicals are suddenly free to react with ozone. Note that the reactions are catalytic, meaning ClO and Cl reform and can react again:

When summer arrives, the ice particles melt, releasing trapped NO2 molecules. These then react with chlorine oxides (ClO), capturing them as ClONO2 and terminating the catalytic cycle. Thus the ozone ‘hole’ closes a little in the summer, but it was clear that a steady decrease, year on year, was occurring.

Chlorine in the Stratosphere

But where did this chlorine come from? Chlorine can be found in nature; some plants and deep-sea bacteria produce chlorine-containing products such as methyl chloride, but this could not explain the rapid destruction of ozone.

Invented in the 1930s, chlorofluorocarbons (CFCs) were widely used as refrigerants and aerosols due to their chemical stability and low cost. In the 70s, scientists (including Molina and Rowland) made the link between CFCs and their catalytic destruction of ozone4.

CFCs molecules consist of a carbon center, with fluorine and chlorine substituents. CFC-12, for example, has the chemical formula CF2Cl2. Since C-F and C-Cl bonds are stable, they are able to persist for long periods in the atmosphere. Once they reach the stratosphere, however, UV radiation causes chlorine to dissociate. In the case of CFC-12, it releases 2 Cl molecules:

These chlorine atoms can undergo the reactions highlighted above, destroying ozone catalytically. The reception to their theory was lukewarm however, with industry critics particularly keen to poke holes in it.

The breakthrough came in when Farman, Shanklin Gardiner provided solid evidence that CFCs causes ozone destruction. After years of studies in the Antarctic, they uncovered the raw data – stratospheric ozone had decreased dramatically since the 1960s, coinciding with the widespread use of CFCs in industry5. By 1987, the Montreal protocol was signed by all major countries with the aim to cut and eventually CFC emissions.

Current State of the Ozone Layer

Though the Montreal protocol is now in full effect, models predict that ozone recovery rates should be faster. Reports suggest new production of CFCs may be happening illegally, especially in developing countries. The concentration of CFC-11 (CCl3F) has been increasing by 25% per year since 2012, suggesting that it is unrelated to past production6.

CFC-11 is useful in the production of rigid polyurethane foam, used in construction. It dissolves in the reactants and helps its expansion, also being safe and fire resistant. 18 out of 25 polyurethane manufacturing companies across China openly admitted to CFC-11 use.

While the Montreal protocol is still the most successful environmental treaty, the ozone in our stratosphere is still at risk. The persistence of ozone-depleting substances remains a global problem, one which holds many lessons for humanity – as we face the larger picture of global climate change.