A New Hypothesis for the Increased Rates of Autism Worldwide 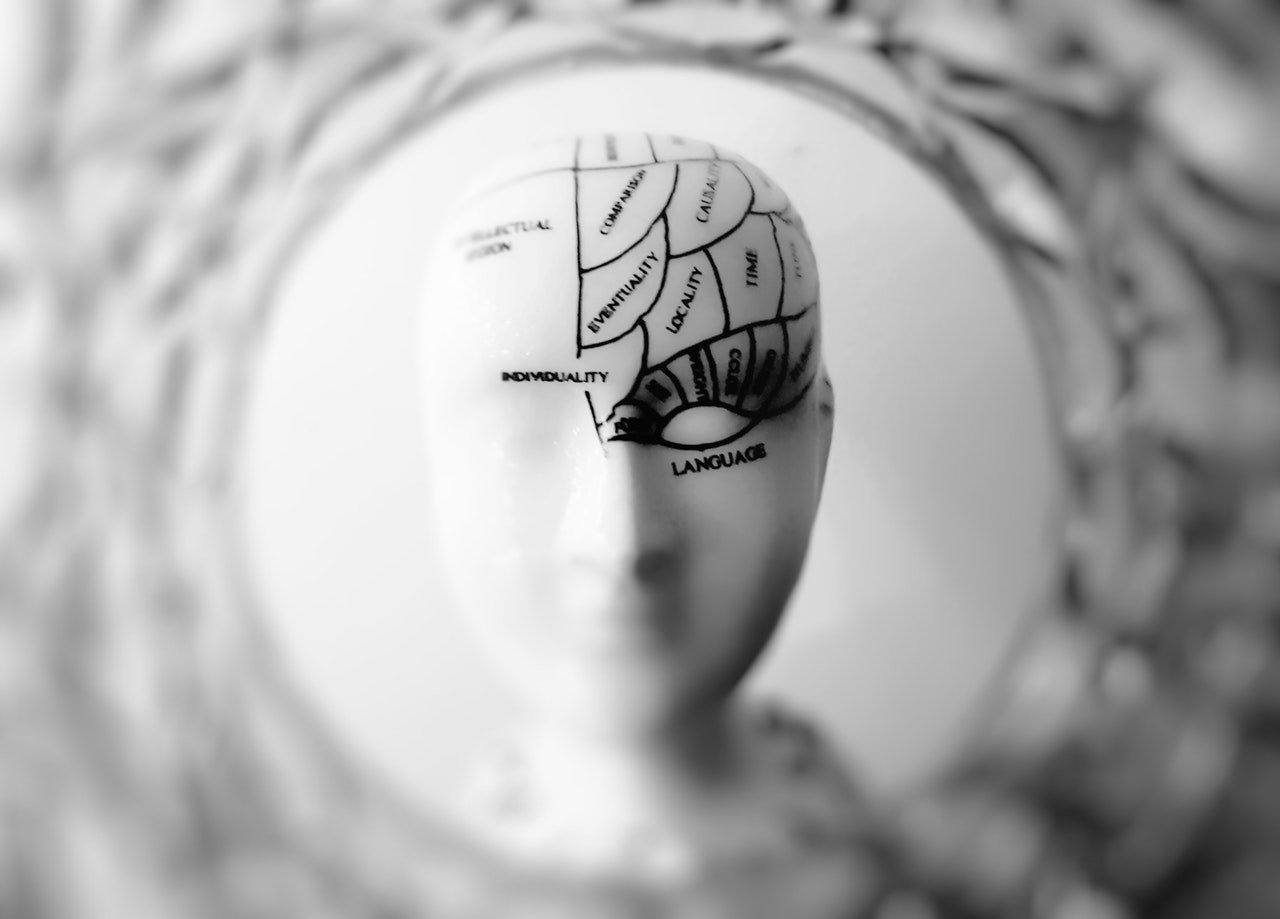 We observe a steady increase in autism spectrum disorder (ASD) mainly in developed countries, where stressors like famine, pollution, stress and chronic inflammation are at their lowest levels in recorded history. Specifically, current conditions for humans in developed countries have never been so favorable for such a prolonged period of time and they continue to improve steadily. However, stressors are still hypothesized to be the main cause of the increasing prevalence of ASD and of other mental health and neurological disorders.

An Evolutionary Perspective to Autism

Theodosius Dobzhansky once noted, “Nothing in biology makes sense except in the light of evolution.”

Here, I present an alternative evolutionary-based hypothesis that takes these close-to-ideal conditions into account. These conditions include an abundance of resources (food, clothes, shelter with regulated temperatures, medicine that is highly effective at reducing the prevalence of infections, etc.), increased quality of air and water, education (enriched environments), decreased violence, etc. (OECD, 2019) Despite taking these stressors almost completely out of the equation, evolutionary mechanisms for natural selection are still in place.

I hypothesize about what could happen when the natural selection process is allowed to “run free”, so to speak, in an unprecedented environment of unlimited resources. What this means for recent humans is that the luxury of ideal living conditions combined with increasingly demanding/complex cultures to adapt to could produce natural selection mechanisms that would raise the survival threshold for mitochondrial (mt)-nuclear DNA combinations (such as that of an egg and sperm). While this would result in lower overall fertility rates, the surviving offspring would have more active and highly connected neuronal networks.

Rapid adaptations to environments in nature that modulate reproduction/sex are well known; for example, some fish and amphibians switch their sex based on temperature variations. Therefore, such a threshold adjustment would not be the most complex example observed in our natural world.

The evolutionary innovation of a nervous system was a crucial step that provided organisms with the ability to adapt to an ever-growing complex environment that required increases in behavioral variability. This is especially important in humans due to the complexity of the cultures we create, and to which we also adapt (Dawkins, 1989). Therefore, “learning how neurons are organized into neural networks that function to produce different behaviors has always been the fundamental quest in neuroscience” (Kandel, 2012). This concept, formalized as the “Neuron Doctrine”, was first introduced by Santiago Ramón y Cajal and further advanced by Heinrich Waldeyer-Hartz and Horace Barlow (Barlow, 1972; Bock, 2013). Not only is the Neuron Doctrine still the current theoretical foundation for neuroscience, but the concept has also been used in coding paradigms (Lettvin, 1959; Fairhall, 2014; Yuste, 2015), information processing frameworks (Fodor, 1983; Friston, 2002; Lorenz, 2011), and scaled up from neurons to neural networks (Yuste, 2015).

However, this approach does not enable us to detect novel behavioral dimensions, since we are restricted to study behaviors that have already been described. Another important topic we cannot address using this strategy is the neural network’s constraints, meaning that the central nervous system’s high power demands induce a selective pressure for neurons to increase energy production rates. These high energy demands are amplified by the increasingly complex environments created by cultural evolution and vice versa (Dawkins, 1989).

Compared to the energy expenses of other somatic cells, neuronal energy expenses are very high (Attwell & Laughlin, 2001; Shulman, 2004) as oxygen uptake of the brain accounts for 20% of whole-body oxygen consumption despite only accounting for 2% of whole body weight (Shulman, 2004). This effect is greatest in humans because of increased brain complexity and number of neurons (Herculano-Houzel, 2011).

Neurons, therefore, appear to present a highly specialized system for governing high energy needs. From an evolutionary standpoint, there is immense pressure for highly efficient energy metabolism with very few damaging effects from oxidative stress since neurons in higher integration systems have to remain healthy throughout the human lifespan (NIMH, n.d.).

Mitochondrial DNA also accumulates mutations at a rate of up to 50 times faster than that of “regular” nuclear DNA; however, the respiratory chains encoding proteins of nuclear DNA have been observed to change at about the same speed (Burton, 2006). This suggests that changes in mitochondrial DNA elicit compensatory changes in the interacting nuclear DNA. Natural selection eliminates dysfunctional mitochondria and maintains nearly perfect function over billions of years, which is especially critical in species with very high energy demands for flying (seasonal migration), fewer offspring and higher care time for offspring (e.g. birds) (Mank, 2007).

To reach oxygen, electrons must hop down a respiratory chain by quantum tunneling from one redox center (which only accepts one electron at a time) to the next. These redox centers are embedded inside the respiratory proteins (originating from two different genomes) and their precise position depends on the structure of these proteins, which in turn is dependent on the sequence of the genes (from both the mitochondrial DNA and nuclear DNA) encoding these proteins.

For this electron-hopping process to work, various factors must be considered: the tugging power of oxygen (reduction potential of the next redox center), the distance between adjacent redox centers, and their occupancies. The most critical factor, however, is the precise distance between redox centers, because quantum tunneling only occurs over very short distances – less than ca. 14 Å. Centers spaced further apart reduce the probability of electrons hopping between them to zero. In the critical range, the rate of hopping depends on the distances between centers, which itself depends on how well the two genomes interact with each other.

For each ångström increase between redox centers, the efficiency of electron transfer falls approximately 10-fold and free radical release during energy production increases significantly. This is roughly equivalent to the scale of electrical interactions between adjacent hydrogen bonds between negatively and positively charged amino acids in proteins. This is why the consequences of such tiny shifts (due to mutations in involved genes) can be so catastrophic. There are repair mechanisms in place, such as the enzyme superoxide dismutase, which resolves an accumulation of superoxide radicals. However, the abundance of such enzymes is limited because it would risk the inactivation of a vitally important local “fire alarm” signal, and the elimination of the radicals would not solve the underlying problem.

Accordingly, in case of a significant system flaw, the process of apoptosis is induced to eliminate damaged cells. However, this becomes a problem in an adult brain since higher cognitive functional brain regions do not support neurogenesis, so no new neurons are manufactured to replace these damaged cells. This underlines the importance of high compatibility between mitochondrial and nuclear DNA, which is conserved throughout all eukaryotes (from yeast to humans) but especially for the human neuronal system. To summarize, we have a mechanism to eliminate cells that carry mismatching genomes on the basis that those two genomes must work well together or respiration will fail and apoptosis will be induced (Hatefi, 1985).  It is quite striking how mechanisms of natural selection produce such a complex and highly precise genetic mechanism.

These natural selection processes could possibly lead to the overabundance of synapses and insufficient synaptic pruning observed in ASD (H-J Kim, 2017).

We are now ready to add comparatively mild (non-fatal) stress to our model, such as exposure to early life inflammation. Such stress would lead to increased pressures even in highly efficient mitochondria due to higher energy production requirements. This is especially true in glial cells, which are the most abundant cell type of the central nervous system. Glial cells supply nutrients and oxygen to neurons while also providing neural insulation; they also present the brain’s immune response by destroying pathogens and removing dead neurons. Therefore, when inflammation occurs, energy demands increase significantly in glial cells. These higher demands tend to induce an increase in mitochondria numbers that lead to, both by chance and due to increased free radical leak, variations in the glial mitochondria population.

The decreased metabolic efficiency due to lessened compatibility of mito-nuclear DNA and higher free radical leak, if insufficient to trigger apoptosis, would maintain a chronic inflammatory state in the tissue. This combination could then lead to a full ASD state (Petrelli, 2016).

Evolution is achieving higher reproduction rates; for humans (where each offspring carries a very high cost and requires an increasing proportion of the parents’ lifespans to be raised), this means the only way to significantly increase reproductive rates is by adding time to a human’s lifespan. However, this also increases the probability of developing cancer (NIH, n.d.). Thus, I hypothesize that decreasing the risk of cancer by mutating genes that decrease cancer probability would be beneficial for increasing a person’s lifespan.  In fact, this mechanism has been demonstrated in recent studies, in which authors observed a lower probability of cancer occurrence in people with ASD because of their modulations in known cancer-related genes (Pinto, 2014; Crespi, 2011). I also hypothesize that somatic cells with better compatibility of the nuclear and mitochondrial genes will produce fewer free radicals (however, this has yet to be examined).

Additionally, it would be interesting to examine if genes that are involved in both cell cycle control/apoptosis and neuroplasticity/synaptic growth/pruning pathways could also be similarly modulated (Desarkar, 2015).

To summarize, current attempts to explain an increase in the prevalence of ASD and other mental health and neurological disorders in developed countries, where stress factors have been broadly reduced to never-before recorded lows, have so far been unsatisfactory. Therefore, I propose to analyze evolutionary mechanisms to account for these concerning rates in developed countries.

This article was written by Catarina Cunha via Write For Us.

Catarina Cunha
'Write For Us' Contributor

Catarina is a neuroscientist from Portugal, and is currently an Associate Professor of Child Psychiatry at NYU. She completed her Masters in Germany at Ruhr-University-Bochum, and her PhD training with Dr. George Augustine and Prof Joseph LeDoux at NYU working on technology development such as optogenetic transgenic mice and emotional learning. She has also worked on novel epigenetic drugs for OCD and anxiety, and technology-related inhibition of visual signaling in the mammalian brain.