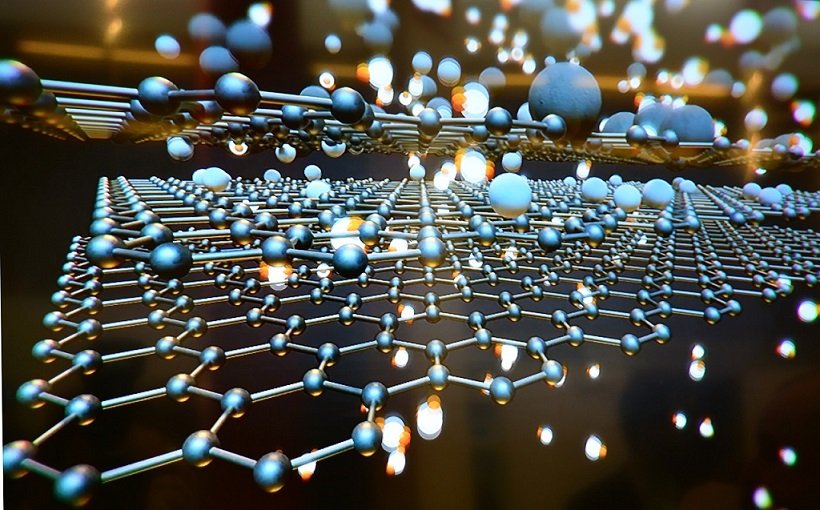 High-powered microscopy techniques enable scientists to visualize samples to learn about their surface structure. Some techniques focus on capturing physical images, whereas others scan the surface of a material by measuring the interactions between a probe and the surface. Atomic force microscopy (AFM) is one such technique, able to provide a surface map of materials at extremely high resolution.

Invented by IBM scientists in 1982, atomic force microscopy (AFM) has found numerous applications in science, ranging from solid-state physics to molecular biology. By measuring van der Waals (intermolecular) forces between a surface and a probe, AFM can recreate the position of individual atoms on a surface. There are many different modes by which AFM does this – some involve physical contact with the surface, while others don’t.

Being a microscopy technique, AFM utilizes a scanning probe in order to ‘visualize’ a material. The resulting output is a virtual map of the surface structure, also known as its topography. But there are many different imaging modes, variations on the standard technique, and accessories involved. These can provide additional information such as properties of the material; there are ways to map both the atoms and properties of a specific part of the surface, like insulating/conducting regions, simultaneously!

Atomic Force Microscopy in a Nutshell

At the core of an atomic microscope is its probe. The probe is basically a horizontal plate that connects to the machine only at one end; the technical term for this is a ‘cantilever beam’. At the other end is a ‘tip’ which is free to move. The most common tips are sharp pyramidal tips, usually made of a piezoelectric material. This enables current flow, creating a measurable voltage difference between the probe and the surface.

During the imaging process, the tip is placed above a surface of interest. Then, van der Waals forces between the tip and the surface cause the cantilever to bend towards the surface. A strategically placed laser shines at a constant position on the back of the cantilever. As the probe moves towards the surface, the laser beam deflects onto a detector, known as a position-sensitive photodiode (PSPD). It consists of four regions, which together enable the tracking of the probe’s movement when hit by the laser. To put it simply, the movement of the probe records the relative position of each atom on the surface.

In many cases, however, more information about the material is required. It turns out that some AFM setups can determine the exact composition of atoms of a surface. Most instruments employ a feedback loop system, generating a topographic ‘map’ using continuous data collected from individual atoms. This feedback loop requires a tube scanner, which controls the height of the probe. As the PSPD captures the movement of the probe, a circuit keeps the cantilever deflection constant by supplying a voltage.

As mentioned, the cantilever beam can return to its original position by supplying it with a jolt of electricity; piezoelectric materials can reversibly alter their size and shape under an applied voltage. By cycling each deflection with a return to constant height, continuous scanning is possible.

The most versatile component of AFM is the tip, which the user can customize to fit their needs. As mentioned, the most common tip is the sharp pyramidal tip. These tips are atomically ‘sharp’ – usually less than 10 nm in diameter! The two most common types are silicon-based materials and carbon-based composites, although other AFM variations do employ coated tips.

The sharpness of the tips is everything, as this is what provides higher accuracy when determining an atoms relative position. The sharper the tip, the smaller the point in space you can locate. Since not all tips are suitable for all materials, there are different imaging modes available, which will be discussed in more detail later. One example of where sharp tips can’t be used is with soft materials such as cells and proteins, as sharp tips may damage the sample.

There is another main type of AFM tip which is the colloidal probe, better described as a sphere instead of a ‘tip’. These are not ideal for measuring the relative position of atoms, but rather their purpose is to identify properties that an area might possess. It is possible to investigate other properties with this kind of tip, including the adhesion forces of a surface, as well as specific chemical interactions. Some configurations allow the probe to interact with other particles on a surface rather than the surface itself. It is worth noting that the internal workings of AFM do not change with the use of a colloidal probe or any other tip.

There are three main imaging modes that AFM employs. These are tapping (most common), contact and non-contact modes. We will briefly look at all three here and why each one is useful in different applications.

Tapping mode is the most common mode in use these days. It is an imaging mode that contacts the sample, but only intermittently, i.e. the tip ‘taps’ the surface. The cantilever oscillates at, or near, its resonance frequency, while the amplitude and energy of the cantilever remain constant. As the tip oscillates near the surface, the intermolecular attraction generated between the tip and the surface causes the tip to move towards the sample and the oscillation amplitude drops. Once the tip touches the sample, repulsive forces come into play and this causes the tip (and cantilever) to spring away from the sample—and further away from its starting position. The cantilever then detects a higher-than-normal oscillation amplitude, initiating a feedback loop that can reset the cantilever back to its normal oscillation frequency.

Contact mode, as the name suggests, involves ‘dragging’ of the tip across the surface of a material. The detector then maps changes in the tip position to provide the location of different atoms. Because the tip lies so close to the surface, it is possible to generate a force curve (in addition to atom mapping) to deduce other properties, such as adhesiveness. Unlike in Tapping Mode, the cantilever tip doesn’t oscillate and is therefore often used in conjunction with cantilevers which have low stiffness (i.e. a low spring constant). The feedback loop once again keeps the cantilever in a constant position, however, the dragging effect in this mode can cause damage to the sample.

As mentioned previously, non-contact modes are perfect when dealing with soft materials (such as polymers and biological matter) as it involves no physical contact. Just like tapping mode, the cantilever oscillates at, or near to, its resonance frequency. The main difference between the two is the starting height of the probe in non-contact mode is much higher but close enough that the tip won’t interact with the sample. Non-contact mode employs many of the same working mechanisms of tapping mode but at a safe distance away from the sample.

Overall, there are many different mechanisms by which AFM can work, ranging from the type of tip used to its operational mode. This range of capabilities makes atomic force microscopy a very versatile technique for exploring most surfaces at the atomic level.

This original article was contributed by Liam Critchley.

Liam is a Freelance Writer who specializes in chemistry and nanotechnology and has published over 450 articles to date. Liam Is currently the Science Communications Officer for the Nanotechnology Industries Association (NIA) and has worked with companies, media sites and associations worldwide. Aside from writing, Liam is a Member of the Advisory Board for the National Graphene Association (NGA) and Nanotechnology World Network (NWN), and a Member of the Trustee Board for the charity GlamSci.