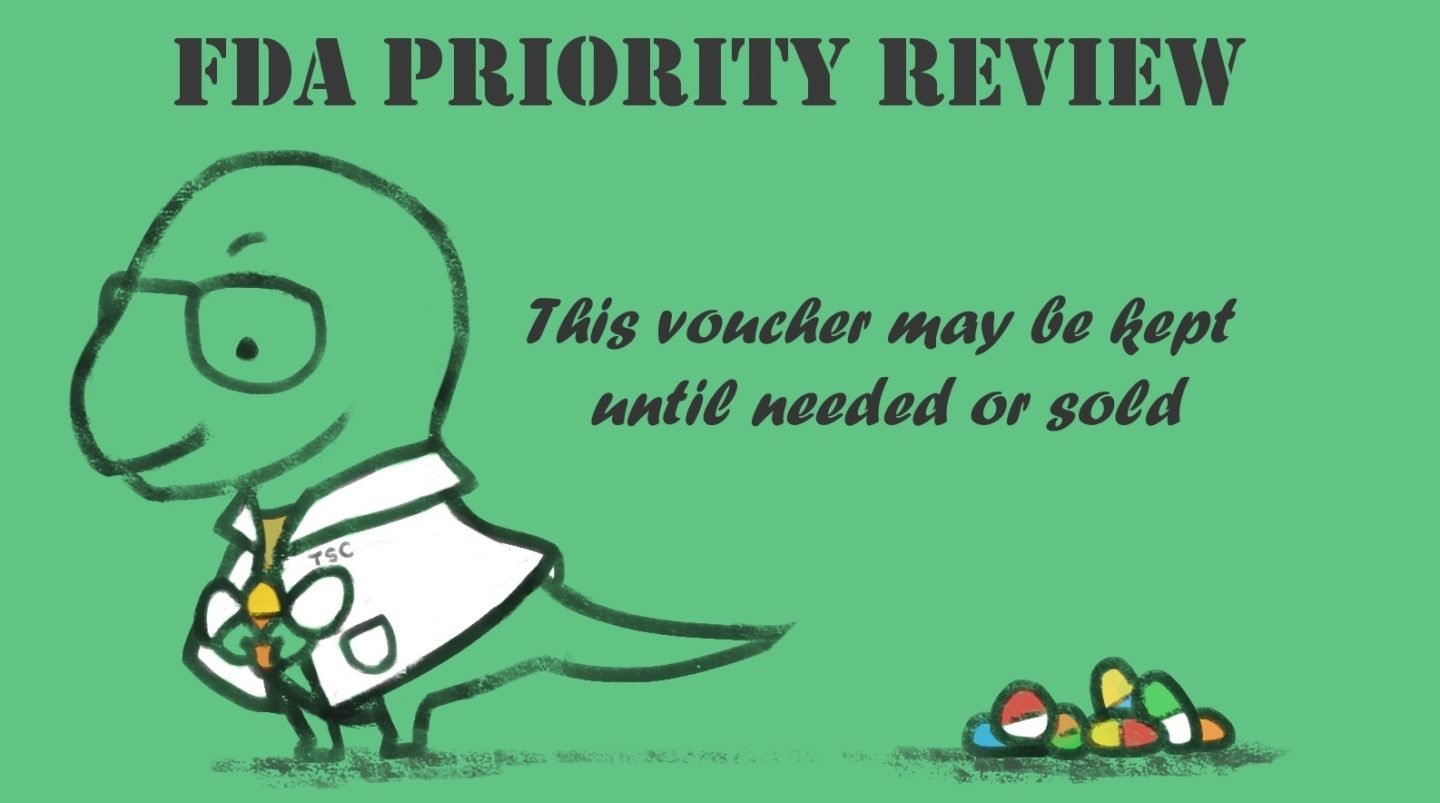 Remember those ‘get out of jail free’ cards in the board game Monopoly, with somewhat dubious value (i.e. you’d sell them right before you landed in jail) that could get you back in the game quicker? It turns out that such an express ticket exists in the drug discovery world, and we’ll take along for the multi-million dollar ride.

If you’re totally clueless about the process of drug discovery and would like to go into more detail, you can start by reading about our overview of drug development, along with our series on medicinal chemistry.

Once a hit compound has been identified and ascertained to be safe enough and effective enough (through clinical trials), a company submits a New Drug Application (NDA) to the Food and Drug Administration (FDA).

This dossier will contain all the information about the drug, from its development and manufacture to its recorded side effects and all clinical trial data. Then they wait. This process usually takes ten months if everything goes according to plan.

The costs of simply waiting for a drug to be approved by the FDA can be enormous. Revenue from sales of the drug is delayed while entering the market later means losing more market share to competitors. And all this goes on while the company’s patent on the drug ticks closer to expiry, losing value.

A ‘priority review’ designation can potentially be assigned by the FDA, which essentially means that the panel will commit to giving a decision on the drug within six months rather than the usual ten. However, the FDA is rather picky when it comes to deciding if a drug deserves a priority review.

Due to their limited resources, only drug candidates showing a ‘significant improvement’ in safety and efficacy over current treatments are selected for priority review.

Can You Buy a Priority Review?

Say your pharmaceutical company has developed a drug that is close to completing clinical trials and its prospects look good, but a competitors’ drug for treating the same condition is also close to making it to market.

A little push for your drug to gain approval and be marketed first could be the multi-million dollar difference. But you aren’t sure your drug will receive a priority review designation, can you actually buy one?

It turns out that the answer is yes, but the FDA doesn’t sell them directly (for obvious reasons). Instead, the FDA hands out priority review ‘vouchers’ for free to companies that have previously released a drug used to treat pediatric rare diseases or tropical diseases.

This incentivizes pharmaceutical companies to invest in the development of such drugs, which are otherwise financially unviable to devote resources into.

What this means is that after a company develops a drug for a rare genetic condition in kids, for example, they can then use the voucher to request a priority review for their far more lucrative anti-cholesterol drug.

The company that receives the voucher can also choose to resell it to other pharmaceutical companies (the FDA allows the voucher to be resold only once). In 2015, United Therapeutics received a voucher for developing the pediatric anti-cancer agent dinutuximab; it was promptly sold to pharmaceutical giant Abbvie for a whopping $350 million2.

Incentives for Rare and Tropical Diseases

With the undoubted value of such a voucher, it is clear that the FDA places great importance on the development of drugs for rare and tropical diseases. But why is this?

We previously highlighted the rising costs of getting a drug product on the market, which encourages a play-it-safe approach to drug discovery. By focusing R&D on therapies for ‘Western world’ diseases (heart diseases, obesity, certain forms of cancer, etc.), pharmaceutical companies can ensure stable revenue.

While this in no way guarantees financial success, it ensures a potential market that has easy access to their drug while also having the money necessary to pay for it.

This is the reason why pharmaceutical companies get cold feet when it comes to investing in the development of the aforementioned drugs. For rare diseases – less than 200 000 patients with the condition in the U.S – the market might be too small to be financially feasible, and even then the drug could cost individual patients huge sums of money.

The gene therapy Luxturna, for the treatment of a rare disease causes progressive blindness, costs a whopping half a million U.S. dollars – per eye! If you want to treat both eyes (as most patients would most likely prefer), that’s a million-dollar hole in your bank account.

Tropical diseases endemic in developing countries, such as tuberculosis and ebola, are largely eradicated in the Western world. There is a huge demand for them, but unfortunately, the patients who need the drugs simply cannot afford to pay top dollar for it.

The priority review voucher program is just one of the ways that the FDA has worked to pass laws that incentivize the development of such drugs, but it shouldn’t stop there. Bottlenecks exist all along the process; clinical trial requirements and other regulatory barriers still deter pharmaceutical companies from deviating from the traditional approach of developing ‘marketable’ and ‘financially rewarding’ drugs.