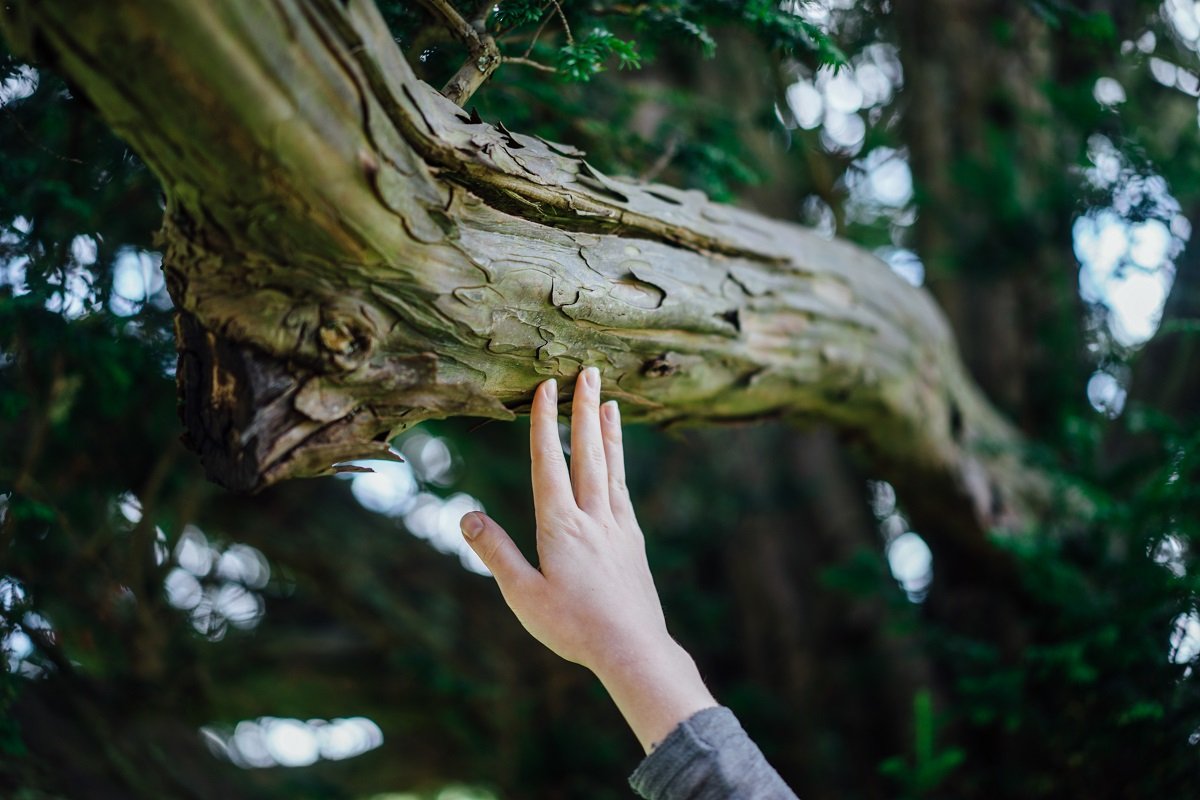 Plants are scientific enigmas; they are all around us, and yet we barely take notice of their existence. We know relatively little about how they respond to their environments because, well, it’s not like they can interact with us directly. Using invisible signaling mechanisms, they communicate messages across huge distances from their roots to their leaves, and even with each other! But do plants have a ‘sense’ of touch, and do they actually feel pain?

There are approximately 391,000 species of plants in the world, and around 2,000 new species are discovered each year1. On Earth, plants make up over 80% of the combined mass of all living organisms2. Despite their proliferation around us, we tend to disregard their lofty status within the natural world.

Many vegans argue that it is more ethical to eat plants because they do not feel pain, hence sparing animals the cruelty that is associated with their slaughter for consumption (regardless of whether you think it’s ethical or not, it’s a good idea to eat less meat because it also considerably reduces your carbon footprint). However, is it really true that plants do not feel pain? To answer the question, we first need to explore how plants work.

What Goes on Inside a Plant?

For simplicity’s sake, let’s only consider the type of plant we are most familiar with – vascular plants. These are plants that are able to distribute water, nutrients and photosynthates (products of photosynthesis) around the plant through a system of vessels, as opposed to non-vascular plants which rely on osmosis to transport water and nutrients. The main ‘highways’ of transport consist of vascular tissue – xylem cells transporting water and phloem cells transporting nutrients and minerals up and down the stem.

Vascular plants also tend to have roots and leaves – nutrients and water from the soil are drawn in through the roots, while sucrose is produced in the leaves via photosynthesis and transported to the rest of the plant.

Transporting nutrients around when you have such sound infrastructure in place sounds simple enough, but a closer look reveals an impressive array of signaling mechanisms. These allow plants to perform tasks more efficiently and simply do what plants do best – photosynthesize and grow.

Animals – including humans – hunt when they are hungry, recoil when they feel pain, and look for shelter from heat and rain. These responses to stimuli are possible only because our bodies contain a collection of signaling mechanisms known as the nervous system. Neurons transmit electric signals around our body with the brain acting as the main processing center. Basically, this allows us to quickly react and adjust to unfavorable conditions.

Without neurons, synapses or even a brain, plants lack a strict nervous system. However, they seem to still be able to respond to external physical stimuli. It is no surprise then that plants have developed their own set of signaling mechanisms. After all, they already have a few hundred million years of survival and evolution under their belt!

How can we tell that plants are able to ‘sense’ their immediate environment? If you have ever seen a vine wrapped around anything that happens to be sitting nearby, then you’ve witnessed this in action. Similarly, some trees exhibit a phenomenon known as “crown shyness” whereby their canopies avoid touching. One unique plant which truly demonstrates the ability of plants to react to touch is the touch-me-not plant (Mimosa pudica), which has leaves that close when brushed – an example of rapid plant movement. There’s ample evidence that plants respond to touch, but some of the mechanisms behind this remain unclear. We tend to think of plants as slow and unresponsive, but evidence definitely shows otherwise.

When plants are touched, certain genes in their DNA are expressed, which in turn changes the way they grow. Since plants are unable to ‘move’ away from the cause of the stimuli, the only way they can protect themselves is to change their own physiology. A 2016 study found that spraying water onto plants initiated changes in gene expressions within just a few minutes3! Similar reactions were caused when the leaves were touched, cut with scissors, blown with a hairdryer or placed in shadow. Although the outward appearance of the plants did not appear to change when observed immediately after the stimulus, it was clear that the plants that were touched daily over a long period of time experienced stunted growth compared to plants that were left alone.

These changes in growth are caused by the release of plant hormones (signal molecules which control the growth and development of the plant). One hormone which could play an important role in this process is methyl jasmonate, an ester derivative of the hormone jasmonate.

Methyl jasmonate is a lipid hormone in plants which regulates many different processes, but its best-studied role is as a response to attacks. When a hungry herbivore comes along to munch on a plant’s leaves, the methyl jasmonate biosynthetic pathway kicks in. The increase in methyl jasmonate within the plant causes changes in the expression of certain genes. In the tomato plant, for example, this activates genes that make its leaves harder to digest4. Furthermore, the closely related jasmonic acid can travel through the air, inducing nearby plants to synthesize defensive compounds before a potential attack – an interesting form of plant communication!

One 2012 study found that plants which produced jasmonate flowered later, grew shorter stems and produced smaller clusters of leaves when touched, while plants which did not produce jasmonate grew normally5. The same study determined that, despite the detrimental effect of jasmonate synthesis on growth, plants that were touched exhibited a stronger ability to respond to insect attacks and fungal infections.

Apart from deterring attackers and stunting plant growth, jasmonate also causes other effects through the expression of certain genes. These include genes that govern reproduction (either promoting or delaying fertility) and genes that code for nutrient storage. Many of these mechanisms and pathways are the subject of current research.

One hypothesis involves calcium ions, which already plays an important role as a messenger in cell signaling of animals. A 2018 study found that when a leaf was cut, an increase in calcium concentration was triggered by the release of glutamate (an amino acid which also acts as a neurotransmitter in vertebrates). This increase was observed to originate next to the wound and was subsequently spread around the plant, signaling the location of the cut6. What this means is that the way plants communicate internally and the way nervous systems in animals work could, in fact, be more similar than we thought.

A related hypothesis looks at mechanosensitive channels; these are proteins which open or close pores in response to mechanical deformation of the cell membrane. When the pores are open, electrically conductive ions are able to diffuse into or out of the cell7. In animals, these actions act as signals which in turn generate sensory perceptions; in plants, it is believed that the opening of the channels allows calcium ions to pass through the cell, triggering responses to protect against the physical stimuli.

The touch-me-not (Mimosa pudica) mentioned earlier is able to ‘perceive’ touch through such mechanosensitive channels. A structure known as the pulvinus sits at the base of each leaf where it meets the stem, and mechanical stimulation causes an outward flux of ions8. By osmosis, water quickly exits the structure, leading to a fall in pressure inside the pulvinus and causing the leaves to close. Water can re-enter the pulvinus but this is a much slower process, taking up to 20 minutes before the touch-me-not plant can open its leaves again.

So, Should We Still Eat Plants?

So yes, it’s obvious that plants can sense when they are touched. However, the mechanisms behind intercellular communication in plants are complex and still largely unexplored, and there is much ongoing research examining how plants can respond to stimuli. Do plants feel pain as we perceive it?

While we do have some idea of what happens internally when a plant is damaged, we cannot compare it to the way animal systems respond to injury because plants do not have a central nervous system. Therefore, it is entirely possible that plants feel pain, but definitely not in the way we are familiar with. But whatever your ethical standing on plants and their feelings, the truth remains that a fruit and vegetable-heavy diet lowers your risk for all sorts of diseases. And if you really want to live a longer, healthier life, plants should make up at least 50% of all your meals9.

Now, please excuse me while I eat a carrot.

Linda is science graduate with a love for physics, chemistry and writing. She is currently studying a Master of Publishing at the University of Sydney, Australia. Her hobbies include photography, hiking and watching Netflix on a Saturday night.