How To: Decide Between Liquid or Gas Chromatography 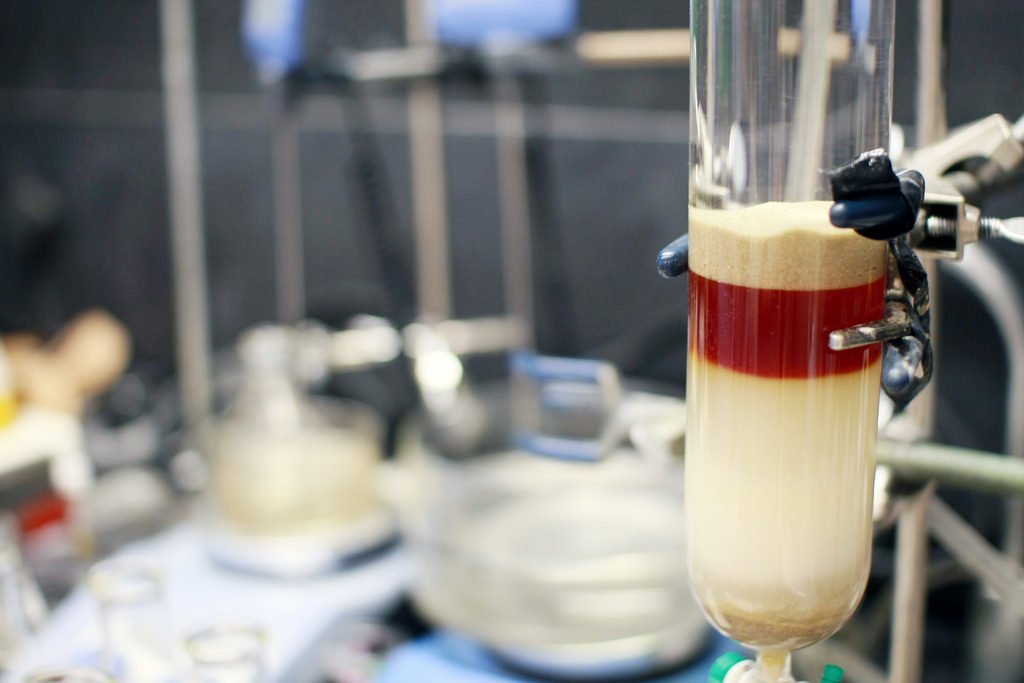 Chromatography is a technique used by scientists throughout all disciplines. Many different chromatography techniques exist, each catered to a specific type of analyte. That’s because the principle behind it is simple, separation of a mixture of compounds into individual components – based on their physical or chemical properties. These techniques can be very broadly classified by their ‘mobile phase’, either liquid or gas.

So you’ve synthesized your molecule, done your work-up to obtain your (somewhat maybe) pure substance, and a quick FTIR scan shows that yup, the functional groups that you tried so hard to incorporate into your structure are actually (somewhat maybe) there, hooray! What’s next?

Separation is achieved by passing a mixture through an inert adsorbent known as the stationary phase, which separates the individual compounds based on their physical interactions with it. Recall thin layer chromatography (TLC) from high school chemistry class? (It’s not been that long!) When marker ink was spotted on a silica plate, its components rose up when immersed in ethanol. The silica, in this case, is the stationary phase, with ethanol (or solvent) being the liquid phase.

It’s the general principle applied to all chromatography techniques! The initial spot comprises of different chemicals, that when moved up the silica plate by ethanol, eluted (separated) into individuals components.

Somebody went a little overboard with their project (Flickr)

Chromatography of a given substance will usually provide reasonable evidence of purity, also known as an assay of a target compound. Impurities are the other compounds that decide to elute – usually side products, adsorbents, solvents or by-products that should have been removed during work-up.

This is just one of the reasons why choosing the right technique for your separation is crucial. Without any direction as to where to begin, it can be difficult to choose parameters that will work for you the first time around. If you’re designing a method from scratch, be prepared for lots and lots of trial and error!

As the name suggests, liquid chromatography (LC) gets its name from the mobile phase that is the solvent and carrier of your compounds. Anything that dissolves can, therefore, be studied in an LC system, but endless possibilities optimizing the makeup of your mobile phase can really mess with your head.

LC employs the use of a column containing a solid stationary phase that interacts with your sample and mobile phase. These columns can be packed with polar (normal phase) or non-polar (revered phase) material, usually chosen to be the opposite of mobile phase.

LC systems are usually fitted with a refractive index (RI) detector, which measures the difference between the RI of the solvent with whatever it is that is passing through. Higher sensitivities can be attained using a UV-Visible detector, which can analyze the absorbance of the elutions at certain wavelengths (very useful for proteins due to aromatic amino acids – tyrosine and tryptophan – absorbing UV light at a wavelength of 280 nm).

There are a whole range of detectors available in the market but if you’ve got the budget, a mass spectrometer detector coupled with the versatility of LC systems are able to separate and analyze just about anything!

Gas chromatography (GC) relies on the use of an inert gas mobile phase to ‘carry’ compounds through the system. This means that ionization of the sample to its gaseous phase is required, which immediately rules out larger, less stable molecules from being analyzed using GC techniques as they are more prone to fragmentation (read: proteins).

Having an inert carrier gas means not having to worry too much about mobile phase interactions and flushing the system afterward, and compared to solvents used in LC, is much cheaper in the long run.

GC systems also use columns as stationary phases, but these are not ‘packed’ but rather consists of a liquid film either chemically bonded or coated on the inner wall of a column3. This liquid stationary phase can be customized based on its application. Similar to choosing the mobile phase in LC, column selection is based on the general chemical principle that “likes dissolves like.” A non-polar column works best for separation of non-polar compounds, polar columns for polar compounds.

Just like with LC systems, you can attach any piece of detector equipment at the back of your GC system (most systems nowadays even allow for two!) But what’s this? Already popular with the analysis of small, organic molecules, GC scores even more points with the flame ionization detector (FID). This is basically a cheap mass spectrometer that can pick up hydrocarbon signals by burning whatever comes out the other end of a column – in a fireball of hydrogen. Of course, you could just beg your department again to just buy that damn mass spectrometer detector already.

There are a whole range of combinations available out there, but it all boils down to what you are trying to analyze. Because at the end of the day, all you really need is separation and identification. Just like how you managed to visualize the components of marker ink on that silica plate in a jar not TOO long ago…