Biologic Drugs – The Future of Medicine 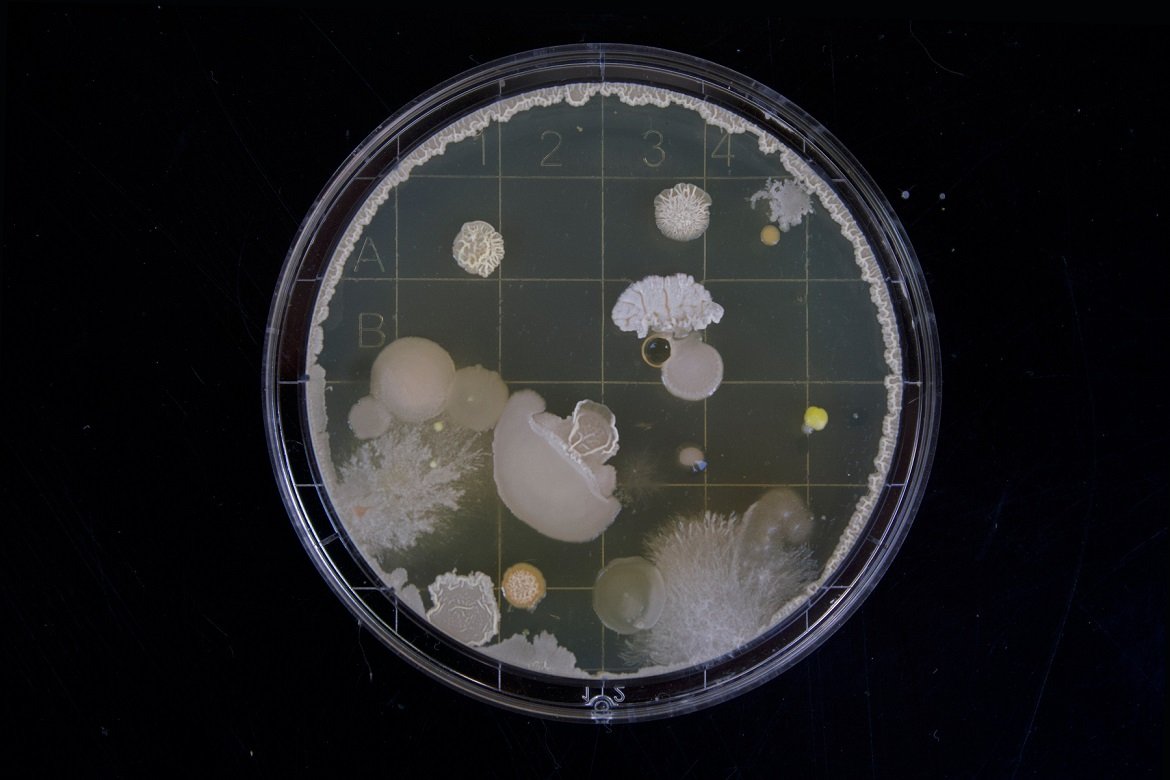 Biologics is the buzzword within drug discovery these days. The days of small molecule therapeutics are numbered, with pharmaceutical companies and research institutes shifting their focus to large molecule ‘biologics’. Despite being extremely complex to design and study, the advantages of biologic drugs lie in their superior potency and selectivity. There is no denying that therapies within this field are consistently making breakthroughs, shaping up to be the future of medicine.

The world of drugs is dominated by ‘classic’ small molecules – compounds created in a laboratory using traditional drug discovery techniques. While there isn’t a clear line between ‘small’ and ‘large’ compounds, the term ‘large’ in the pharmaceutical industry is generally reserved for proteins that can be thousands of times larger than the typical small molecule drug. These large molecules, also known as biologics, are usually produced by genetically engineered microorganisms.

In the past, biologics as a class of drugs was one of great promise. The potential was there, but the technology to harness its power hadn’t quite caught up yet. The entire field of biotechnology has seen a meteoric rise in recent years, with the last 6 out of 8 Nobel prizes in chemistry – historically dominated by organic chemists – being awarded to advances in biochemistry and related fields.

For a medicine to be effective, it needs to exert a therapeutic effect on a drug target in the body. These druggable targets must be able to be modulated such that it alters a disease state, or they won’t be viable targets at all. Small molecules have approximately 5000 such ‘druggable’ targets, while large molecules are predicted to have around 3000.

It might seem that with this pool of thousands of physiological targets, every known disease is potentially curable. However, designing a drug that alters specific targets is a challenging task. Only about 1200 small molecule drugs and fewer than 200 large molecule drugs have been approved for use. Furthermore, most of them have overlapping targets. All the drugs that are available to us today exert their effects on just ~300 unique drug targets. The number of diseases this encompasses is even fewer. Our knowledge of medicine is still very much in its primitive stages.

Where Did Small Molecules Go Wrong?

Small molecule drugs generally have a well-defined chemical structure, as well as a known mechanism of action. They can be designed and modified to fit a specific purpose, and there are huge libraries of existing compounds to use as starting points. From a manufacturing point of view, they can be produced in high purities and yields, with good quality control and standard, replicable processes. It’s not surprising that the majority of medicines on the market today are small molecules – products of rational drug design.

However, the problem with small molecules as drugs is that they need to have a well-defined structure in order to exert an effect on their targets. This is all well and good when we have a deep understanding of the target, but not so ideal if we don’t. Designing a small molecule drug to influence a receptor’s active site, for example, is almost impossible without knowledge of the structure of the receptor!

Large molecules drugs, on the other hand, can exert their effects on targets that lack a specific binding site. This is because their large surface area allows them to establish larger contact areas with targets such as protein molecules and DNA. By doing so, they are able to bind more tightly to their targets, providing a more favorable interaction than compared to a weakly bound small molecule. The benefits of this are better specificity and efficacy, potentially resulting in a more potent drug with fewer side effects.

The term ‘biologics’ encompasses the entire range of substances and compounds that have a ‘biological’ origin. These include monoclonal antibodies, therapeutic proteins and peptides, and even whole organisms such as viruses and T cells. Their diversity is highlighted in their versatility; biologics have opened up possibilities for new and novel ways to treat diseases. Vaccines – such as those in development against the coronavirus – utilize biologics to confer active immunity to individuals. However, despite their undoubted potential as therapeutics, research into biologic drugs is still a relatively new field.

Peptides are simply chains of amino acids, the building blocks of all proteins. There are 21 naturally occurring amino acids, with the 21st – selenocysteine – found only in certain organisms, including humans. An example of a therapeutic peptide is insulin, consisting of just 51 amino acid ‘pieces’, or residues. Insulin is produced in the body, where it regulates sugar intake by binding to receptors on cells. However, this pathway doesn’t work quite so well in diabetics, resulting in increased blood sugar levels. Synthetic insulin was first produced by extraction from pigs and cows; this process has since been replaced by insulin-producing bacterial cells with engineered DNA.

A practically simple and widely used method to produce peptides is by using bacterial recombinant DNA. Using techniques like the polymerase chain reaction (PCR), we can make many copies of genetic material corresponding to a therapeutic protein, before inserting it into regions of bacterial DNA. The bacterial machinery then translates the inserted genetic information into the protein product. We can then extract and purify the therapeutically active protein from the rest of the bacterial components.

Antibodies are chemicals that play a key role in our immune systems. Produced by B cells, antibodies are extremely specific in their binding. When they encounter a foreign species (known as antigens), they bind to them with high affinity and specificity. We can engineer antibodies by exposing an immune system (in, for example, a mouse) to an antigen, then harvesting the B cells produced. They can then be combined with fast-growing tumor cells and the antibody extracted and purified. These are known as monoclonal antibodies as they are ‘clones’ of a single parent immune cell.

Monoclonal antibodies are a key area in biologics research, as they can be translated into a range of therapeutics with novel mechanisms. Merck’s Keytruda is a monoclonal antibody that blocks the programmed cell death 1 (PD-1) receptor from being inhibited by cancer-produced proteins. This enables the PD-1 receptor to correctly identify cancer cells, resulting in an immune response against them. In another example, REGN-EB3 and mAb114 – the first successful cures for Ebola – are monoclonal antibodies that directly inhibit processes within the ebolavirus lifecycle.

The genetic code for life is written in the form of DNA or RNA (in viruses). An oligonucleotide is simply a strand of a few base pairs, mimicking a region of genetic material. Already, antisense oligonucleotide (ASO) drugs such as Fomivirsen have been approved for use. Fomivirsen binds to the base pairs of viral RNA, preventing translation of the viral genetic code into proteins. Without these proteins, the virus is unable to form the machinery required for its life cycle.

RNA interference (RNAi) is another mode of therapeutic activity that oligonucleotides can target. In 2018, the FDA approved the first-ever RNAi drug, patisiran (trade name Onpattro), for the treatment of a rare and fatal neurodegenerative disease. Patisiran is able to silence the gene responsible for producing the abnormal form of the faulty protein, transthyretin.

Building upon oligonucleotide technology, gene therapy aims to treat diseases at its source – the genetic code. Genes are the instructions for life, governing every process in our bodies. If we are able to consistently modify mutated genes that are causing disease, we can treat an enormous number of diseases. Several gene therapies have already been approved by the FDA, such as Luxturna – for the treatment of a rare form of inherited vision loss.

Research into better delivery of healthy genes to specific cells in the body is imperative for the success of gene therapy. The development of techniques such as CRISPR-Cas9 has made it possible to ‘cut and paste’ copies of DNA, altering the genome of the patient directly. EDIT-101, the first drug candidate using CRISPR-Cas9 technology to modify a single point mutation within human cells, entered clinical trials in late 2018. It aims to treat Leber’s congenital amaurosis, a form of inherited childhood blindness.

Our immune system is the defense that stands between our bodies and pathogens. With such a huge responsibility, it tends to err on the side of caution. This means that the immune system usually mounts a response against foreign bodies, whether beneficial or detrimental. Obviously, this is useful if the foreign object turns out to be a pathogen, but this also means that our body rejects many drug compounds as well.

To circumvent this, our own immune T-cells can be extracted from our body, after which they are engineered by the insertion of genetic material. The DNA inserted into T-cells codes for a chimeric antigen receptor (CAR), a ‘homing device’ able to target markers found on pathogens (such as a tumor cell). These engineered CAR-T cells are then cultured, harvested and infused back into the patient’s body.

Once inside the body, these CAR-T cells locate and mark pathogens for a better immune response against them. Since the engineered CAT-T cells originate from the patient, there is a much lower chance that his/her immune system rejects the treatment. Since CAR-T cells must be manufactured for each patient specifically, it is a form of personalized medicine.

The Future of Therapeutics

The research areas highlighted above are just a few examples in the extremely diverse field of biologic drugs. Biologic therapies present the potential for more targeted, more effective and more personalized medicines. With the unlimited scope and undoubted potential of biologic drugs, virtually any disease will be able to be targeted and treated in the future. Already, many pharmaceutical companies are shifting their discovery pipelines to become more biologics-oriented.

It is important to note that drug discovery and development is an inherently expensive process. This is compounded by the costs of relatively new technologies required for developing a biologic drug. This cost eventually makes its way to the patients, who might be expected to pay in the region of a few hundred thousand dollars for certain treatments. However, once biologic drug discovery and development programs are streamlined and widely adopted, the costs should become more sustainable.

The top 20 drugs in the world as of 2017 consists of 12 biologic and 8 small molecule therapies, proving that biologic drugs are more than able to match the effectiveness of small molecules. While the classic small-molecule approach to drug discovery is certainly still relevant, biologic therapies are certainly poised to take over in the near future, inevitably transforming our approach to medicine.