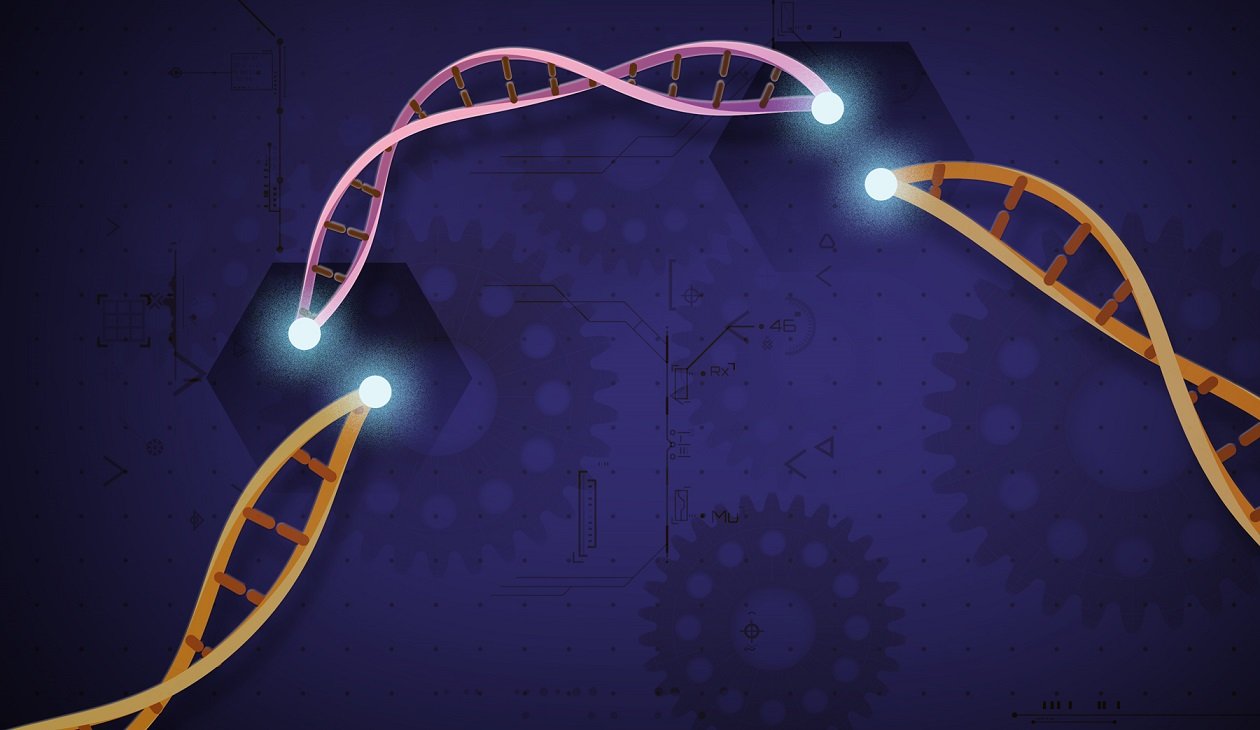 2017/18 could well turn out to be revolutionary in – and perhaps more so the future – of medicine. In August 2017, the US Food and Drug Administration (FDA) gave its first gene therapy approval to Kymriah for treatment of acute lymphoblastic leukemia. Just weeks later Yescarta was approved for non-Hodgkin lymphoma. By Christmas that year, Luxturna became the first ever in vivo gene therapy to be FDA approved. In March 2018, Luxturna was used successfully to treat a young patient, preventing him from blindness.

Disease from a Genetic Perspective

Genes are the instructions for life, so to speak, providing the template for necessary proteins to form and go about their daily business: that is, keeping you alive. Certain variations within the genome (your complete set of genes) are the reason why all of us are different, both on the inside and on the outside. Sometimes, these variations can cause your body to react negatively – leading to genetic diseases.

Although most of our genetics are determined the moment we are conceived, random mutations, as well as environmental effects, can cause our genes to be altered. These mutations include deletions in the genetic sequence, swapping of certain base pairs, and other epigenetic effects that cause our genes to be expressed differently. These mutations might be silent, that is, they might not cause any observable difference in our physiology. Other times, they can disturb certain biological and chemical pathways that lead to genetic diseases.

The concept of altering the genome to treat diseases arose in the 1970s, with the aim to modify or replace faulty genes with healthy ones. Treatment of genetic diseases was possible by targeting the source – the very DNA that codes for life. Once thought of as the perfect treatment – combining efficacy and specificity with safety and mild side effects – the hype for gene therapy died off due to multiple clinical failures.

The concept of gene therapy is simple in principle. Locate the mutated gene that is responsible for the disease, design a ‘normal’ copy of it, and deliver the new copies inside the body of the patient. Thanks to initiatives like the human genome project, many gene variations responsible for disease states have been identified. With the advances of technology like PCR, we are also able to design and replicate virtually any sequence of DNA. That leaves the tricky part; how do we send these copies of ‘normal’ genes to replace the mutated ones in a patient?

The most widely researched delivery method, or ‘vector’, is the adenovirus vector (AVV). These viruses are useful as parts of their DNA can be replaced without affecting their overall function, allowing us to insert healthy copies of genes into the viral capsule. By removing their ability to replicate (what viruses do best), we can make use of their cell entry machinery (another thing viruses do well) to reach the DNA of our cells.

Tisagenlecleucel () and (Yescarta) were FDA approved in 2017, both for the treatment of certain forms of leukemia (blood cancers). Their route of administration first involves the extraction of a patients’ T cells from their blood, after which they are engineered by the insertion of new genetic material. This material codes for a chimeric antigen receptor (CAR), a ‘homing device’ able to target markers found on tumor cells.

These new ‘CAR-T’ cells are then cultured, harvested and infused back into the patient’s body. Once inside the body, these CAR-T cells locate and mark pathogens for a better immune response against them. Since the engineered CAT-T cells originate from the patient, there is a much lower chance that his/her immune system rejects the treatment.

Although not a ‘true’ gene therapy in that it does not change the genetic code at its source – our bodies are unable to produce CAR-T cells on our own – Kymriah and Yescarta represent a big change in the way we can approach new and novel medicines.

Leber’s congenital amaurosis (LCA) is an inherited disorder causing progressive blindness, some forms of which are associated with a mutation in the RPE65 gene. LCA patients usually go blind within the first 10 years of their lives, with the disease affecting about 3500 individuals in the U.S and Europe alone.

V (Luxturna), was developed by scientists at Spark Therapeutics and doctors at the Children’s Hospital of Philadelphia. Using AVVs, Luxturna delivers ‘normal’ copies of the RPE65 gene to retinal cells in patients. This allows the individual to produce normal proteins required for visual signaling. Undeterred by the cost of treatment (USD 425,000 per eye!) and the rarity of the disease, clinical trials went to completion. The result? Outcomes were so irrefutable that the FDA gave its stamp of approval in December 2017, along with a priority review voucher for Spark.

13-year-old patient Jack Hogan was the first recipient of post-approval Luxturna, in March 2018; his surgery was performed by . Jason at the Massachusetts Eye and Ear hospital. Two months later, the improvements to his vision were clear. No further treatment was required; altering the genome itself through gene therapy was possible.

Genetic engineering itself is not a new field – with genetically modified organisms (GMOs) a hugely beneficial product of agriculture and biotechnology research. However, gene therapies like Luxturna prove that it is possible to reverse the effects of a gene after it has expressed itself in an organism. It gives hope to patients with inherited diseases that cures are possible, that our genome does not necessarily define us.

CRISPR (Clustered Regularly Interspaced Short Palindromic Repeats) technology actually came about from studying bacterial defense systems. Used to destroy the DNA of invading viruses, bacterial ‘CRISPR’ is able to target and cut strands of DNA at very precise locations1. Once cut, the cell’s own DNA repair machinery is able to insert or delete base pairs from the gene, or even replace the segment with a brand new gene, changing its behavior.

In 2012, Jennifer Doudna and colleagues discovered CRISPR-Cas9, a new and improved cutting technique that was faster and cheaper to perform, with greater ease of design and higher efficiency2. Because of this, a whole new world of gene engineering opportunities was reopened. It wasn’t long before pharmaceutical companies and research institutions started to develop methods to deliver and replace genes using CRISPR-Cas9 technology.

The first CRISPR-Cas9-based drug candidate started clinical trials at the end of 20183. EDIT-101, also for Leber’s congenital amaurosis, targets a different gene from Luxturna. This gene, CEP290, is too large to fit in the traditional adenovirus vector used in Luxturna. Instead of trying to deliver a normal copy of the gene, EDIT-101 simply corrects the mutation by replacing a single base pair inside the cell nucleus.

It won’t be long before the focus shifts to altering other aspects of the genome, such as improving physical appearances, muscle growth, even intellect. Captain America’s Super-Soldier Serum and the elixir of youth might not be too far down the list.

Update: In November 2018, Chinese scientist He Jiankui announced the world’s first successful human DNA editing experiment. The embryos of a pair of twins were altered, removing a gene that reduces the susceptibility of the babies to HIV. Because of the ethical issues involved, this sparked a global outcry about CRISPR technology and gene therapy. Read about ‘designer’ babies here.